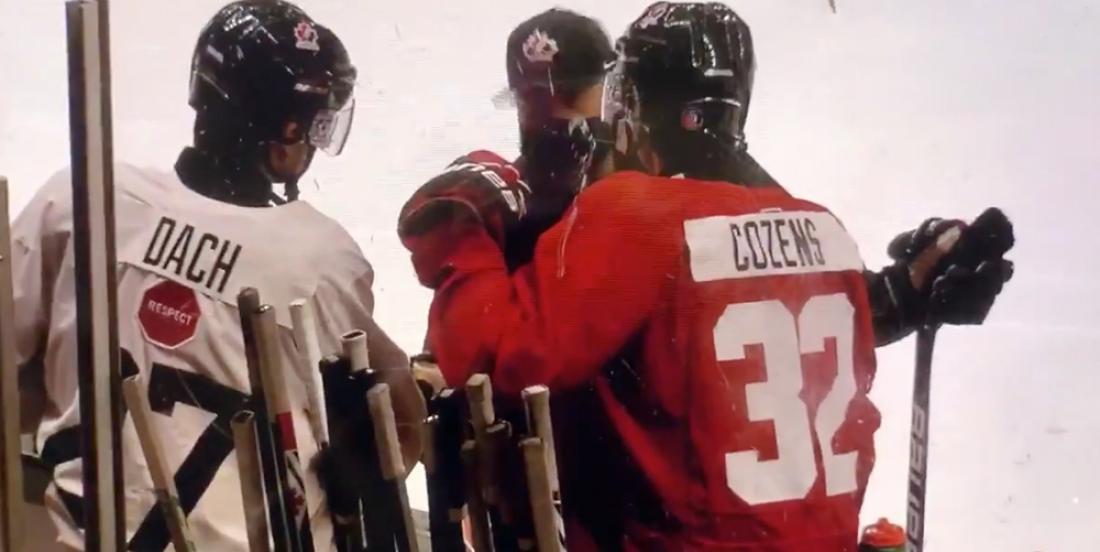 A pair of 1st round studs ate some serious humble pie this morning at Team Canada's world junior selection camp practice after head coach Andre Tourigny sent them on their way.

With practice scheduled to start at 11:30am today, Chicago Blackhawks 3rd overall selection Kirby Dach and Buffalo Sabres 7th overall selection Dylan Cozens, two players who are expected to be big time players for Canada at the 2021 World Junior Championships, arrived at 11:30am sharp after Tourigny had already called all the players to center ice. Dach and Cozens technically weren't late for practice, but accountability is a big thing with Tourigny so he pulled the two aside to have a brief conversation before they hit the ice. Moments later Dach and Cozens were headed down the tunnel and would watch the rest of the practice from the stands.

At the end of practice, Tourigny explained to the rest of the group that he gave Dach and Cozens the choice to participate or not, but that by allowing them to participate they'd be demonstrating that the rules could be bent for star players. Or... the players could take the hit and show to their teammates the importance of accountability. The boys did the right thing and they took the hit.

Call me old school, but I love stuff like this.

There's little doubt that Dach and Cozens will be on this team when the final roster is posted. But, it's early on in selection camp and here's a chance for the team's leadership to show the rest of the group what it's all about. Kudos to these two young men for making the right call and an extra kudos to Coach Tourigny for handling things with so much grace. Coach Tourigny could have ranted and raved, he could have shamed these kids in front of the whole group and made an example of them. Instead, he chose to go about things professionally and in the end, I think he's going to send a very strong message to this group that accountability is everything. If you can't show your teammates the respect of showing up on time, early even, then you shouldn't be on the same ice as them. Respect to everyone involved.