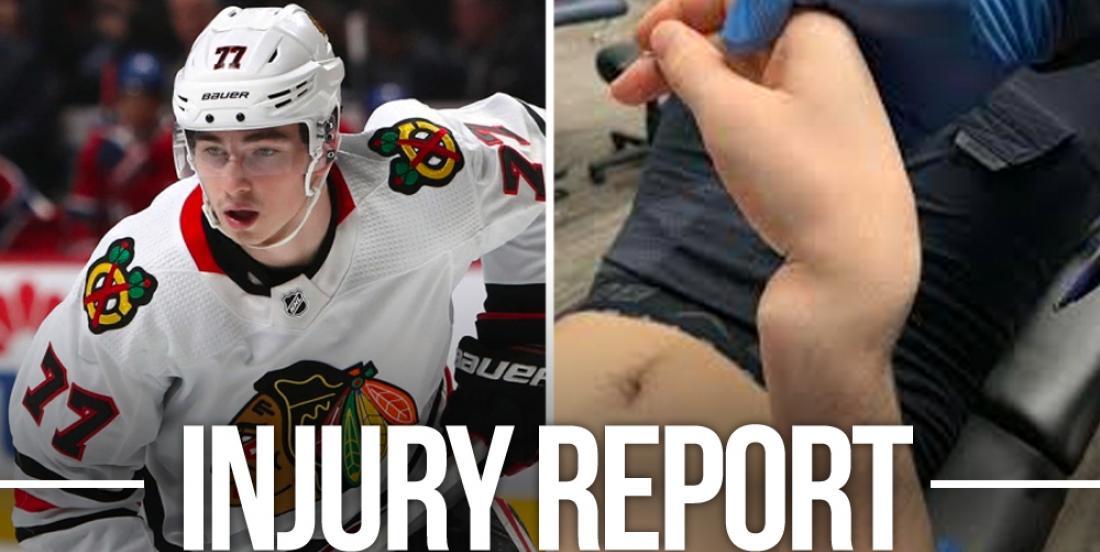 The Chicago Blackhawks have announced that forward Kirby Dach has undergone surgery for a broken wrist and that he'll be out of the team's lineup for at least the next five months.

The phrasing in the Blackhawks' press release is a bit cryptic, but it appears that it'll be 4-5 months before Dach will even be back on the ice again. After that he'll likely need the better part of a month to rehabilitate and get himself into playing shape. By that point though the Blackhawks' regular season will be over. There's a chance Dach could parachute into the lineup for the Stanley Cup Playoffs but even the staunchest of Blackhawks fans aren't too optimistic about this team's playoff chances... especially with Dach on the sidelines.

Any way you look at this scenario, it's a major blow for Dach and the Blackhawks... and that's saying nothing for Team Canada. After all, Dach was captain of Team Canada at the World Junior Championships before breaking his wrist in the team's only pre-tournament game. A tough break all around. Rest up, Kirby... can't wait to see you break out on the big stage.