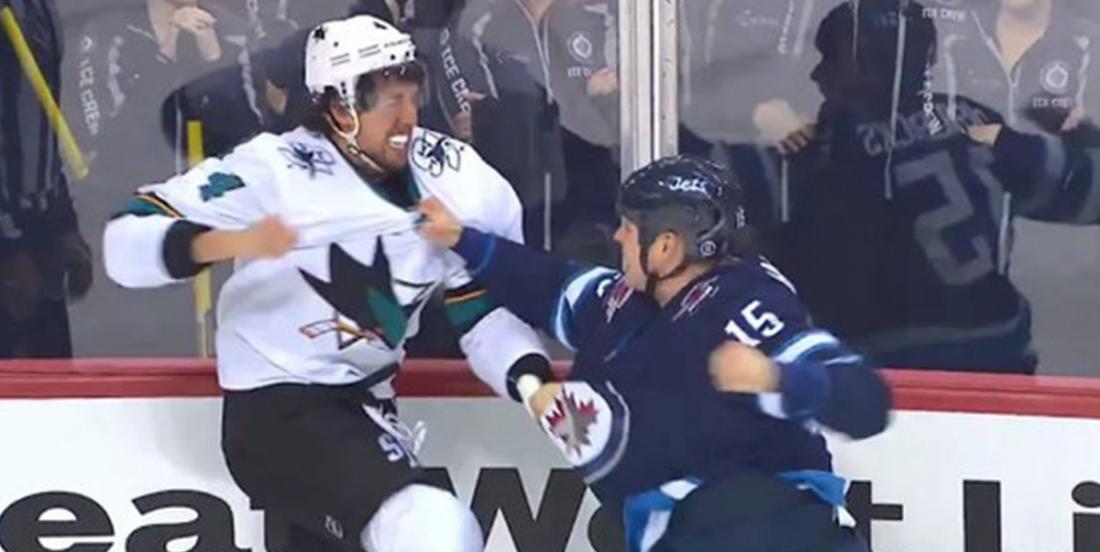 Things got ugly in today’s 4-1 victory for the Central Division leading Winnipeg Jets over the San Jose Sharks when Sharks defenseman Brendan Dillon decided to drop the mitts with Jets veteran Matt Hendricks.

Early in the game, with no score on the board, Dillon and Hendricks engaged in a spirited scrap with Dillon scoring the TKO victory.

Both players were battered and bloodied after the fight. In fact, Hendricks would head to the team’s medical room for repairs. But, he’d return a short time later and would open the scoring the Jets with a beautiful backhand breakaway goal.

Beauty and a beast! We love it! Hendricks would finish the game with a goal, a fight and two big hits. Not bad for a day’s work… not bad at all.

Byfuglien to hit the trade market?

In other Jets news, Sportsnet's Elliotte Friedman dropped a bomb on the team's fanbase when he posited the idea of a Dustin Byfuglien trade. In the debut edition of the 31 Thoughts Podcast with co-host Jeff Marek, Friedman wondered aloud about Byfuglien's future in Winnipeg saying, "A guy I wonder about is Dustin Byfuglien."

"They made a big commitment to him. Trouba loves playing that right side, and when Byfuglien comes back, he's not there much... I just wonder."

"They've been able to win without him," Marek added.

If that's not enough knuckle chucking for you... check out this scrap between Sam Bennett and Josh Manson from last night's tilt between the Calgary Flames and Anaheim Ducks:

No one will be questioning Bennett's toughness after this fight, but maybe his sanity? Manson is a BIG boy and is more than capable of defending himself, so kudos to Bennett for dropping the mitts and showing everyone what he's made of. Old school hockey, just the way we like it!