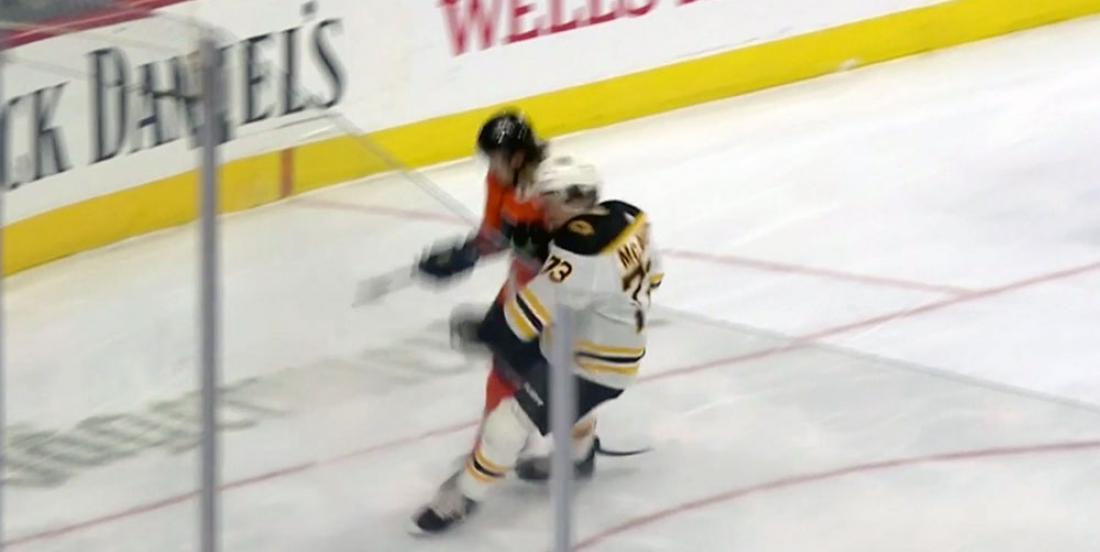 In case you missed it last night, the Philadelphia Flyers and Boston Bruins put on a show and a half, combining for 10 goals in regulation and giving fans a shootout unlike anything they’ve seen. Before that though, Flyers forward Travis Konency had Bruins fans up in arms when he laid the BOOM on Bruins blueliner Travis McAvoy.

The old reverse-hit, a classic. The problem that a lot of Bruins fans have with the hit though is how high Konecny comes up on McAvoy, catching him under the chin with his shoulder. To be fair though, McAvoy looks completely un-engaged with Konecny and is clearly only focused on the puck. Put bluntly, you HAVE to be aware when you’re going into the corner to chase down a puck/play. Expect to be hit, especially when a guy like Konecny is on the ice. In other words: Good hit.

McAvoy knows it too, he pops back up and doesn’t protest the hit. He knows he let his guard down and got his bell rung. Get up, take a number and move on.