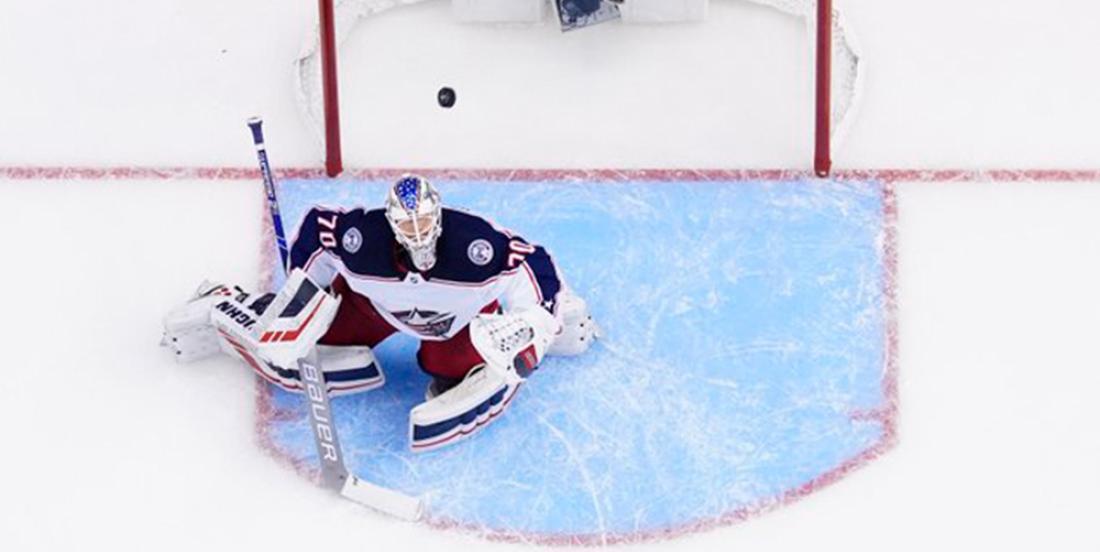 This just in, Columbus Blue Jackets goaltender Joonas Korpisalo has set a new NHL record for saves made in a game with an incredible 74 save (and counting) performance in Game 1 of his team's opening round playoff series against the Tampa Bay Lightning. Korpisalo surpassed former NHL goaltender Kelly Hrudey's 73 save performance from his time with the New York Islanders.

And here's the thing... Korpisalo ain't done yet. The Blue Jackets and Lightning are showing no signs of stopping anytime soon in the 4th overtime frame. We'll be sure to update this page with his final save count.

I mean... look at this shot chart... the kid has been under siege all for nearly six hours: