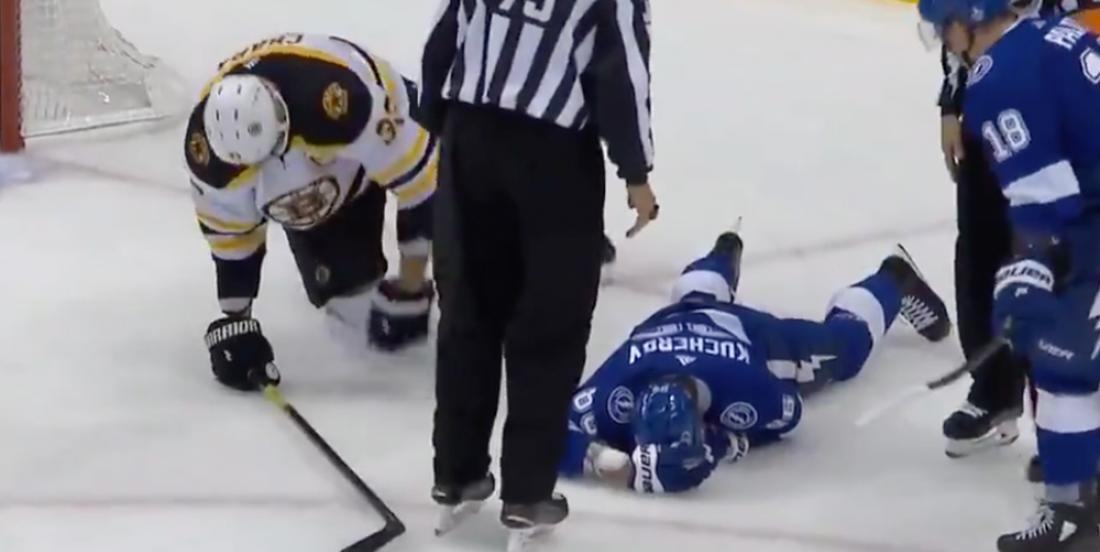 Tampa bay Lightning superstar Nikita Kucherov has left his team's game against the Boston Bruins this evening after taking an absolutely wicked high stick to the face from Bruins captain Zdeno Chara.

No update yet on Kucherov's status, but he did leave directly down the Lightning's tunnel and headed for their locker room immediately. Chara earned himself a four minute double minor for high sticking.

If the Bolts lose Kucherov for any significant length of time, it would obviously be a huge blow to this team. Especialyl now considering the roll that they're currently on. The 27 year old sniper has four goals and 12 points in 12 games for the Bolts this post-season and has developed some incredible chemistry with centerman Brayden Point. Despite the absence of captain Steve Stamkos, Kucherov and the Bolts have marched on this post-season and, frankly, they look like the team to beat in the East right now. The Bruins are no joke of a team and the Lightning are consistently just outplaying, outclassing and... well outscoring the Bruins.

Standby for any updates on Kucherov's status for the 2nd period.