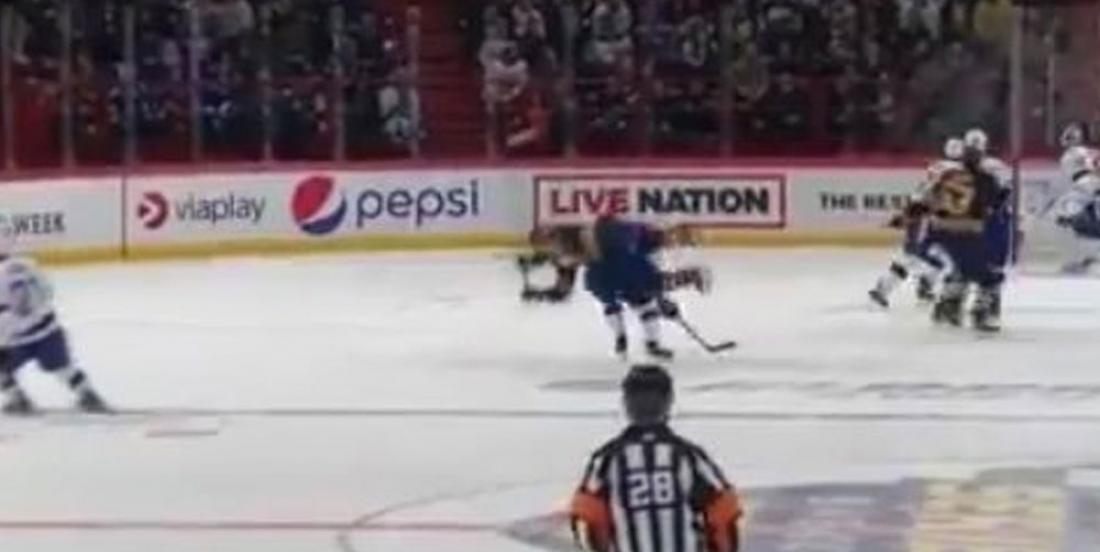 The Buffalo Sabres and Tampa Bay Lightning are having fun playing in Sweden as part of the Global Series on Friday, however, the fun was a short one for Vladimir Sobotka.

The poor Sabres forward left the game in the first period after he was run over by Lightning star Nikita Kucherov.

The Bolts forward got him with a hip check as he low-bridged Sobotka despite none of the players being in possession of the puck. The referees didn’t see the play and no penalty was called. As you can see on the play, it is a bit ridiculous seeing that the official can be seen looking in that direction as the hit takes place.

Sobotka was unable to put weight on his right leg and needed help from two teammates to make it out of the ice and to the team’s dressing room.

To add insult to injury, Kucherov was the first to score in the game and give the Lightning the early lead.

We can’t imagine Sobotka getting back into the game…