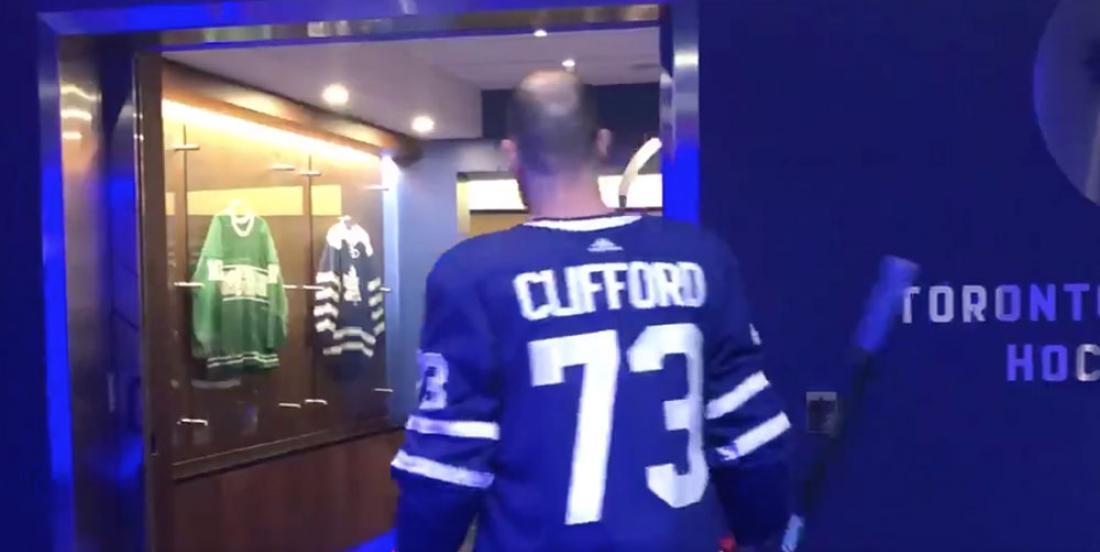 ​We bet fans are going to love it.

Kyle Clifford, who was brought to Toronto in the trade of backup goalie Jack Campbell, made his Maple Leafs debut on Friday and right away fans and pundits were quick to notice he broke a rule on the first night.

According to Kristen Shilton of TSN, Clifford stepped on the ice for the pregame warmups and did not put on his helmet for it. As Shilton explains, she believes it might be against team rules, seeing that she never saw another player go sans bucket for the warmups since she started covering the Leafs four years ago.

There have been a surprising amount of minor and major injuries that have occurred during warmups due to errant or deflected pucks, which could be curbed due to a change. Same thing when Taylor Hall, then with the Edmonton Oilers, got severely cut during warmup as he skated without a bucket.

It seems like it comes down to the team on whether players are allowed to go without helmets during the pregame warmup. Many insiders just assumed that the Leafs weren’t allowed, but that might be something that was asked from former GM Lou Lamoriello.

However, we will see after tonight if Clifford continues to go without his helmet or if he is asked to follow the rules.

We love it! Keep it off, Clifford!