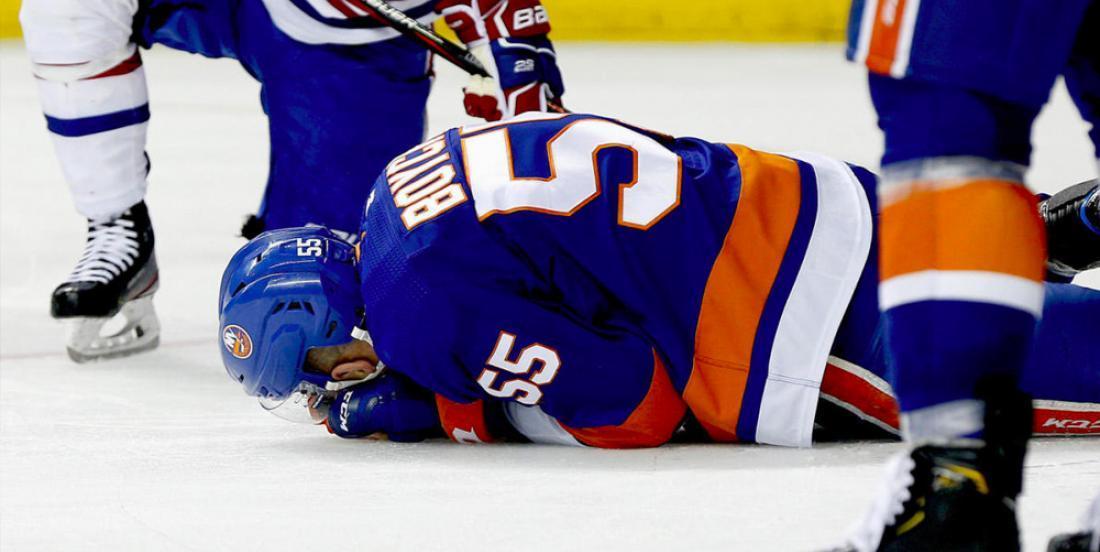 In case you missed it yesterday evening, there was a very scary situation in Long Island after New York Islanders defenseman Johnny Boychuk took a skate blade to the face from Montreal Canadiens forward Artturi Lehkonen.

The good news: Boychuk helped himself off the ice and didn't see to be in any immediate life-threatening danger. The bad news is, of course, that the "kick" occurred VERY clock to Boychuk's eye.

Islanders broadcaster Colby Cohen though is reporting that Boychuk's vision is okay.

It seems like Boychuk may have NARROWLY dodged a bullet:

Islanders coach Barry Trotz would only say that Boychuk is being evaluated and would not offer up much in the way of an update.

“I think he’ll be OK, but it doesn’t matter, it’s a scary situation,” Islander captain Anders Lee said after the game. “You hate to see that happen. It happens quick, skate in the face. We’ll check on him here, that’s where our minds are right now, that’s for sure.”

Islanders GM Lou Lamoriello with an official update this morning:

After the game Lehkonen was clearly shaken out by how things played out when reporters spoke to him post-game:

“My skate hit him in the face. I really hope it didn’t hit him in the eye or anything like that but it was scary for sure,” Lehkonen said, “I felt it right away that it hit somewhere high so it was like... I just turned around and I was just like I didn’t know really what to do"