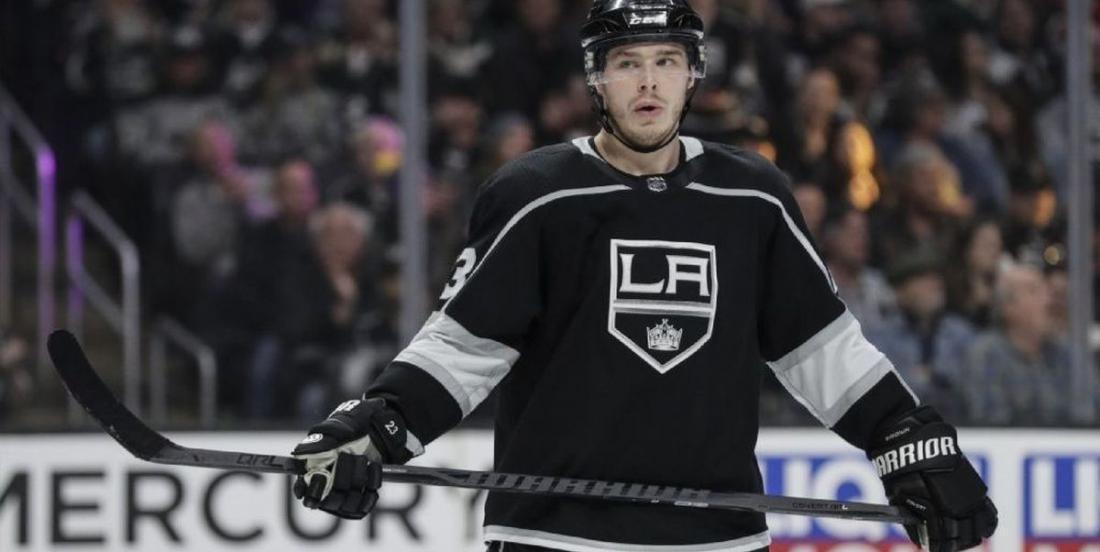 The Los Angeles Kings looked pretty menacing, even before the start of the season, especially when they landed coveted free agent Ilya Kovalchuk this summer. However, the latest injury to one of their star player is quite the blow to the lineup and could push the Kings to shop around on the trade market or make an important move.

Kings forward Dustin Brown is ruled out indefinitely with a broken finger.The Kings announced the extent of the 33-year-old Brown’s first significant injury Sunday. The veteran was hurt during the Kings’ last exhibition game of the preseason,  against the Anaheim Ducks on Saturday night. He left the game in the second period shortly after getting his with a shot by teammate Anze Kopitar during a power play.

You can see how the injury took place in the video from the tweet here below:

This is quite new for Brown and the Kings, seeing that the durable forward never missed more than four games in any season since 2005, and he has played in all 82 games five times.

Some believe the Kings are now disappointed they lost the bid on Max Pacioretty, who reportedly refused a trade to Los Angeles, and accepted later on a move to the Vegas Golden Knights from the Montreal Canadiens. The Kings might have to head back on the trade market to find another forward to boost the offense up front during Brown’s absence.

For the moment, the Kings might look within their roster to fill the void. Jaret Anderson-Dolan could get a chance, or LA could look at Austin Wagner and Matt Luff are candidates for now to fill the holes in its lineup.

“I think he’s physically mature for a kid his age,”coach John Stevens said of Anderson-Dolan to the Los Angeles Times, “and he’s really intense about his preparation to practice and to play. I think that puts him ahead of a kid that is normally his age. He’s not intimidated playing in the NHL.”

Another issue for the Kings is the fact that they don’t much money to spend from their cap space. They might have to rely on making move with the limited depth they have within…

Tyler Toffoli has played on the right wing in the past, though with limited success. He might be given another chance before the Kings decide what move to make to replace Brown.

The Kings open the regular season at Staples Center on Friday night against the San Jose Sharks.