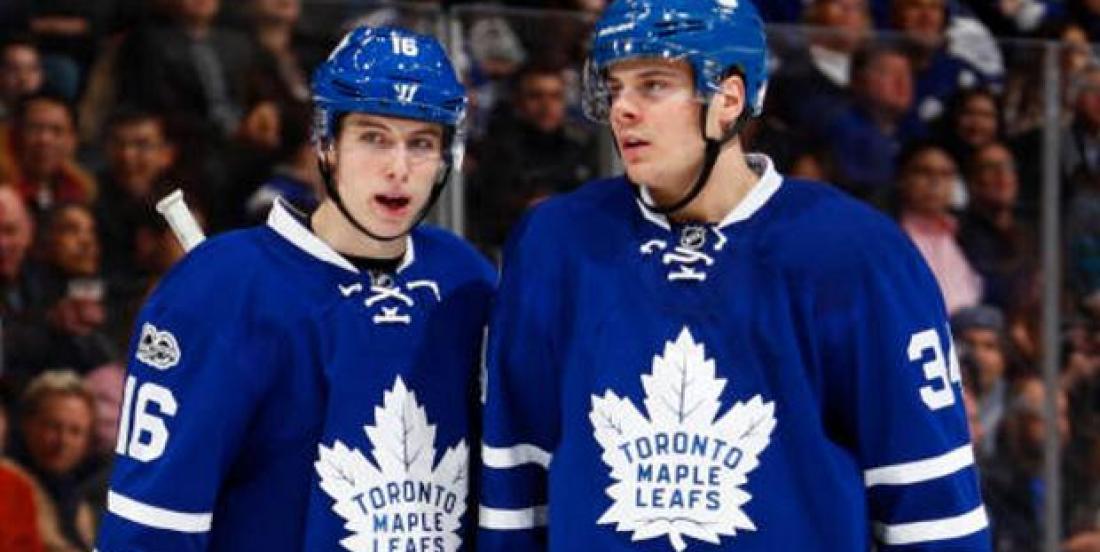 Toronto Maple Leafs general manager Kyle Dubas remains confident both Auston Matthews and Mitch Marner will be under contract before the summer. Remember, the two young forwards will become restricted free agents if they do not sign new deals by July 1. While we cannot guess when ink will be put to paper in both cases, one thing seems clear: Marner will be the last of the two to sign on the dotted line.

Both Marner and Matthews close out the final year of their three-year, entry-level contracts this season. While the two star players are expected to get big pay raises, Marner wants his own teammate as a comparable for his next deal. Darren Dreger believes Marner's camp wants a hefty lucrative contract, just like the one Matthews is seeking, and some numbers that have been thrown at the winger won't' be accepted, as explained by Dreger in Tuesday's Insider Trading on TSN.

There are some who believe that the Maple Leafs would like to get Marner done on a six-year term at $8-9 million per season. Forget about it, that’s not happening. That’s way too light and maybe the Marner camp pushes back with a four-year contract position which would walk him into free agency. That’s not going to happen either, but Marner wants to make sure he’s got fair comparables and that includes whatever the Maple Leafs sign Matthews to.

Entering next summer’s off-season, Dubas is expected to have a cap space of $23 million available, according to the information provided by CapFriendly.com, and so there remains a complicated financial puzzle to solve in Toronto. Estimates have suggested that Matthews' potential salary could be in the Connor McDavid category or higher — a cap hit of roughly $12.5 million per season.

Depending on who is being asked, Marner’s projected salary demands could come in at a low of $8 million to a high of $10 million. Marner and his camp are committed to getting the Matthews deal done first before they get into the heavy negotiations with Dubas.

It will be interesting to see Dubas and the Maple Leafs pull this off. They cannot afford to lose one of these two star forwards...