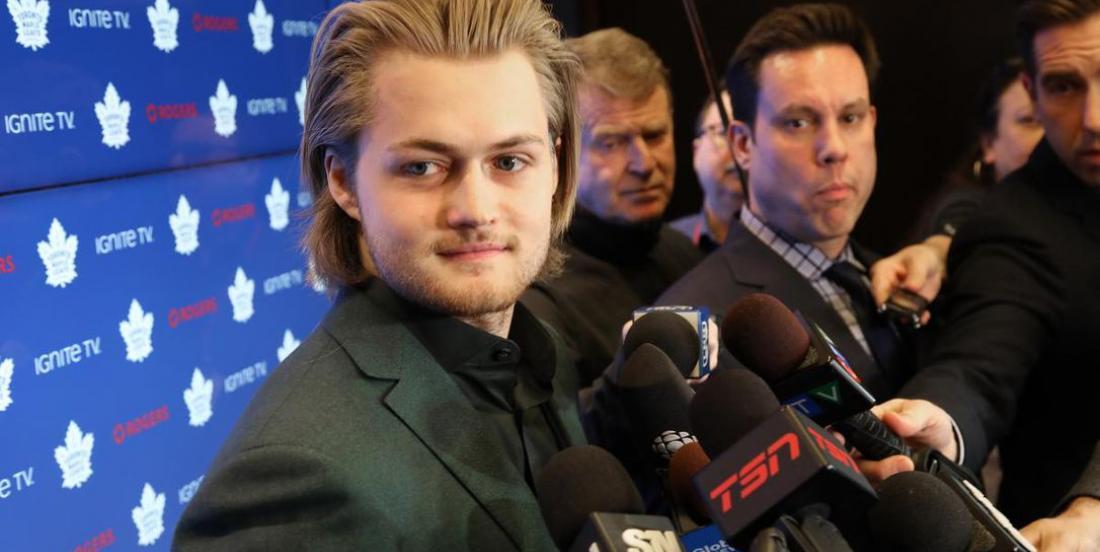 The Leafs are taking on the Sabres in a few hours...

Since the start of the season, the Toronto Maple Leafs have had a great run with the addition of John Tavares, so we can only imagine the boost the return of William Nylander will provide to the roster moving forward.

However, there's the thing, we will have to imagine it a little longer.

TSN's Mark Masters has revealed that Nylander will have to wait a little longer before he returns to action as there is very little information provided on when the 22-year-old forward will be injected back into the lineup.

While Toronto has produced a 19-8-0 record without Nylander, he was the team’s third-leading scorer over the last two seasons (with 122 points in 163 games): the Leafs want him back, and want him fast.

Ahead of tonight's matchup against the Buffalo Sabres, the Maple Leafs held an optional skate, however, Nylander was not present on the ice. On Monday, Nylander underwent medical tests before meeting with the media later in the afternoon. Head coach Mike Babcock said he will get Nylander back into the lineup “as fast as we can” once the testing is completed and assessed. When asked about the potential return date for his star player, Babcock provided a vague answer.

"No, I haven't talked to anyone about it yet, we are getting ready for the game today."

Seeing that Nylander will not be available for tonight's contest against the Sabres, and with the Leafs now without the services of Josh Leivo, who was traded to the Vancouver Canucks, Frederik Gauthier will be inserted back into the lineup to face Buffalo. He is expected to play on the fourth line and could be used on the wing.

Nylander projects to slot next to Auston Matthews again, after playing with him for the most part of the last two seasons. There’s also the chance Nylander will join Matthews’ power-play unit with Mitch Marner, Tavares and Morgan Rielly at some point later on this year. Nylander will get back into form and get ready for NHL action. While we do not know for sure when that will be, Babcock knows the team and the young player will benefit from it.

“He knows what he’s missed,” Babcock stated. “We live in the short term here, live in the present. Get in the game and when the game’s over, think about it for a few minutes and get onto the next one. We’re excited to have him. We’re a better team with [Willy].”