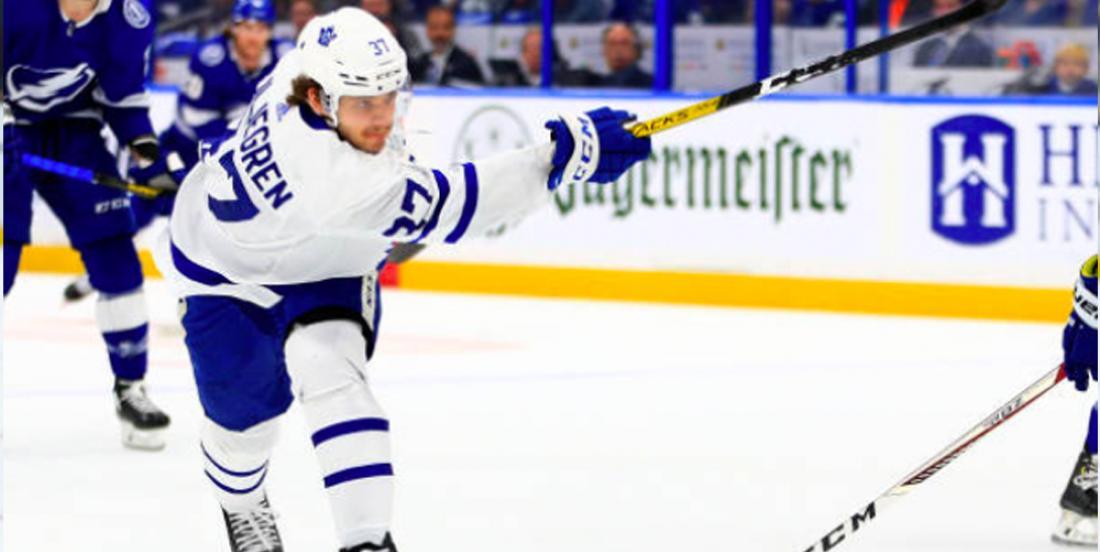 In case you missed the news yesterday, the Toronto Maple Leafs declared rookie defenseman Timothy Liljegren “unfit to play” during Phase 3 and Phase 4 of the NHL’s Return to Play.

Timothy Liljegren officially designated “unfit to play” by the Leafs

It’s unclear whether Liljegren has an injury or illness as the NHL has made it clear that they won’t provide details on Liljegren’s status or any other NHL player for that matter. In fact, several players received the “unfit to play” designation yesterday including Chicago Blackhawks’ long-time goaltender Corey Crawford and Vancouver Canucks forward Micheal Ferland. There’s speculation that the designation is a “cloak and dagger” term for a COVID-19 case, but that cannot be substantiated.

In any case, this has to be a big blow to the 21 year old Liljegren who seemed to really turn a corner in his development this past season. He put up an impressive five goals and 30 points in 40 games with the Leafs’ AHL affiliate Toronto Marlies. He also managed a single assist in 11 games with the Leafs. The former 1st round pick (17th overall) in the 2017 NHL Entry Draft was looking forward to his first taste of NHL playoff action.

While Leafs fans were hot on Liljegren in the season following his draft, it's generally accepted now that he's been surpassed on the team's depth chart by fellow Swedish blueliner Rasmus Sandin who was selected 30th overall in the 2018 NHL Entry Draft.

As for his replacement, the Leafs officially announced that 21 year old defenseman  Mac Hollowell will slot in. He put up three goals and 12 points in 34 games with the Marlies, playing alongside Liljegren.

Hollowell was drafted in the 4th round (118th overall) in the 2018 NHL Entry Draft and graduated up to the pros this past season after an impressive four year junior career with the OHL's Soo Greyhounds. He put up an incredible 24 goals and 77 points in 64 games in his last season with the Soo in 2018-19. He has yet to play an NHL game in his young career, but may be pressed into action should the Leafs face blueline injuries during their playoff run.