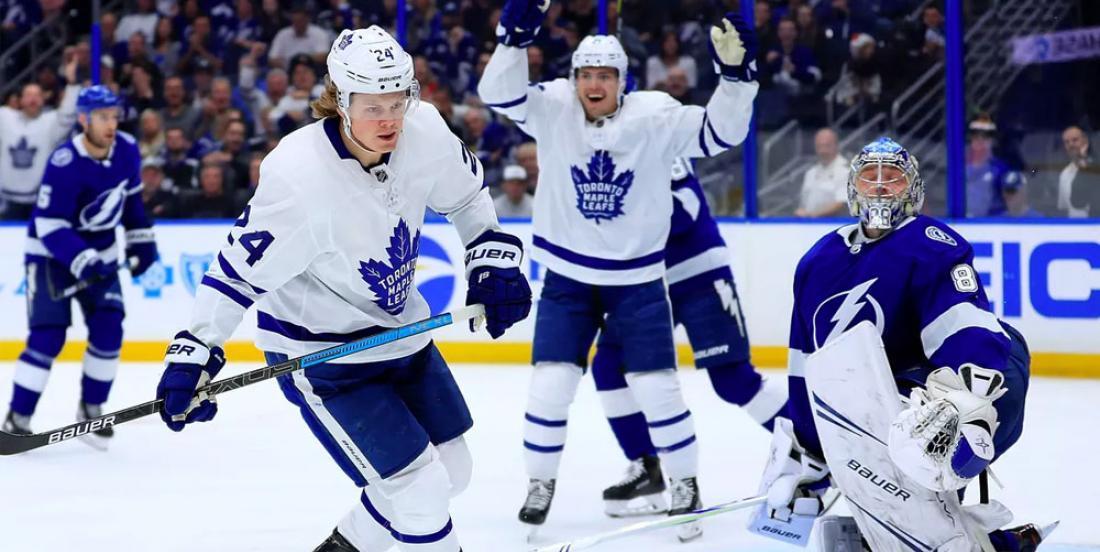 A battle between two titans will take place this evening in Toronto. The Leafs will host their divisional rivals and fellow blue-and-white powerhouse, the Tampa Bay Lightning at 7pm.

Tampa Bay are having a very difficult start to their season with a record of one victory, one defeat and one loss in overtime. The Lightning's record is certainly underwhelming seeing as they finished at the top of the Atlantic Division last season and are recognized as one of the best teams in the NHL. They will undoubtedly be looking for a W this evening against the Leafs but it sure won't be easy.

Coming off a dramatic overtime defeat to the Montreal Canadiens and a regulation time loss against the Cup-champion Blues, the Maple Leafs will also be looking to bolster their record with a positive result against the Lightning. Needless to say that both teams have a very deep and talented group of players. The Leafs are expected to put all of their best assets on the ice for tonight's game against a stacked Tampa Bay team.

Here's how Toronto is expected to lineup according to Leafs insider Kristen Shilton of TSN:

The likes of Nicholas Shore, Dmytro Timashov and Martin Marincin will be healthy scratches for the Leafs with both Travis Dermott and Zach Hyman still recovering from injuries. That being said, Dermott should return to the active roster very soon as he skated with the team at practice this morning.

The Lightning's lineup will feature top guns Stamkos, Point, Kucherov and Hedman, as well as newcomer Kevin Shattenkirk and Stanley Cup champion Patrick Maroon. It should be a great game between two very strong teams.