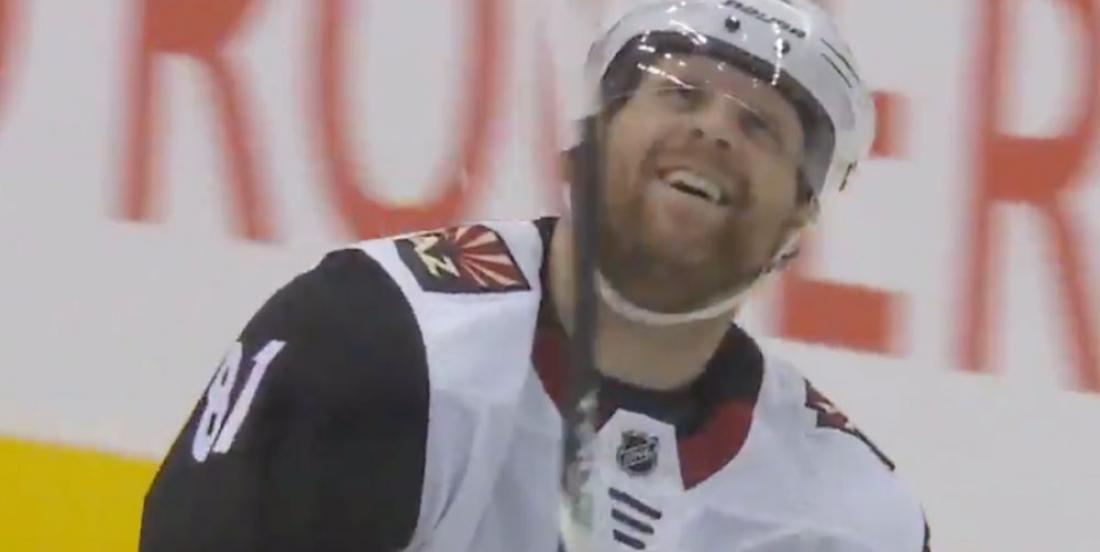 The Arizona Coyotes visited the Maple Leafs in Toronto on Tuesday night, and you knew fans weren’t going to miss the chance to taunt former Leafs player Phil Kessel in his return to the city.

One fan went viral as he held up a ruthless sign he made to mock Kessel and his shape.

You know Kessel doesn’t have the body of an athlete, despite the fact that he has put up 12 goals and 33 points this season.

The fan’s sign read: “Hey Coyotes. I am Draft eligible and in better shape than Hot Dog Phil. I want a fitness test!”

That’s just brutal, but we have to give him props for creativity.

Leafs fans never missed the chance to be mean to Kessel. They seem to forget his won two championship rings when he left them for the Pittsburgh Penguins. But let’s not take sides…