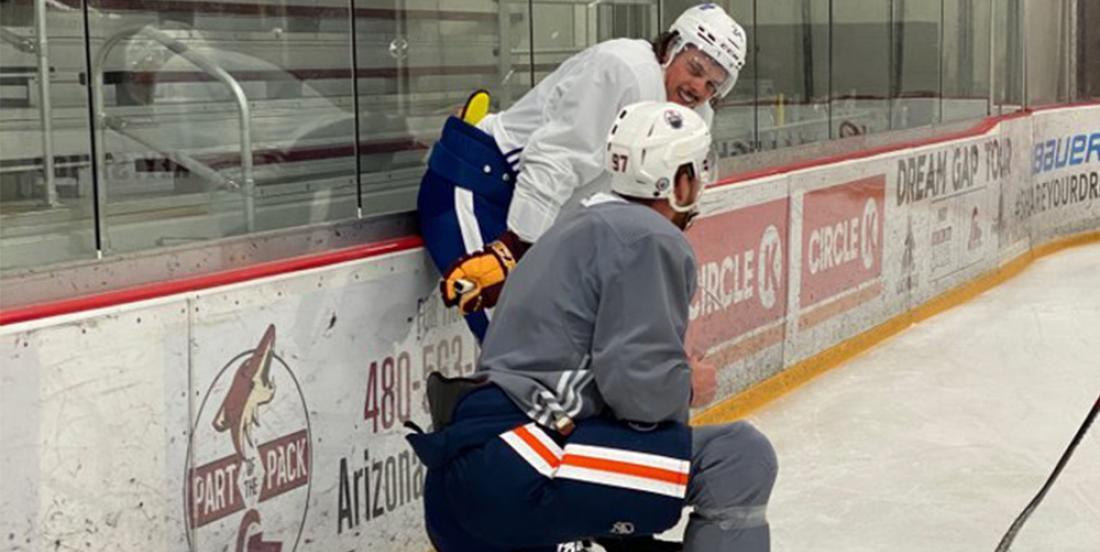 The cat's out of the bag, Auston and Connor are buddies.

Superstars Auston Matthews and Connor McDavid are evidently training together in Arizona for the upcoming 2020-21 NHL season and it's pretty fair to say that both Toronto Maple Leafs and Edmonton Oilers fans are salivating at the chance to see these two share the ice.

I mean... who can forget when these two hooked up on the short-live Team North America during the 2016 World Cup?

Wouldn't you like to see more of that? Of course, but this is the real world we're talking about and it's rare that superstars of Matthews' and McDavid's calibre ever play together on the same team. Still... that hasn't prevented Leafs Nation from daydreaming about Matthews convincing McDavid to come to Toronto.

Check out some of these Twitter reactions from Leafs fans:

For what it's worth, the two superstars clearly have an affinity for reach other.

Matthews on McDavid: “The respect goes back for so long. Connor’s hockey IQ, speed and edges are so impressive — to say the least — and his vision at the speed he moves obviously stands out, yet it really is the whole package with him.”

McDavid on Matthews: “When you watch his game, his shot is the first thing you notice. But, spending more time together, I’ve noticed just how smooth he is on the ice. It’s very impressive.”