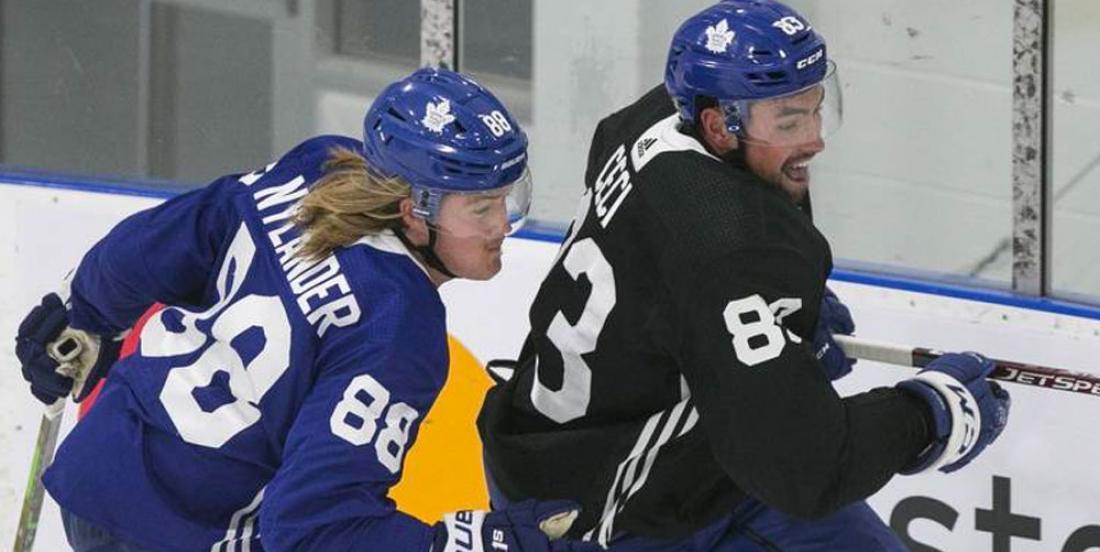 Over the weekend, the intensity went up a notch at the Toronto Maple Leafs ‘ training camp with fans noticing that major changes have been made to the lineup.

James Mirtle of The Athletic wrote about the modification on Tuesday night, suggesting more could come, but also that the changes were made especially because fans weren’t happy when, on day 1 of camp last week, revealed some new line combos from the team’s first skate-around.

Fans could not get over the fact that Cody Ceci was paired with Morgan Rielly.

Mirtle notes that fans got hopeful on Friday when lines changed in Toronto. Travis Dermott switched to the right side on a pairing with Rielly.

The insider went a step further, analyzing all the data from the 70 games the Leafs played during the 2019-20 suspended season, and put together some suggestions that the Maple Leafs could choose to listen to, as they did when fans reacted to to Ceci-Rielly pairing.

“I lean toward starting the postseason with a Muzzin-Holl, Rielly-Barrie and Dermott-Ceci top six. The Leafs will then have the option to rotate in whomever they want with Rielly, given the game situation, and they protect themselves if they don’t like what they see from Rielly-Dermott or Rielly-Barrie early on. They’ll also still have Ceci available to PK, where he was fine in top-unit duty this season.” - James Mirtle, The Athletic

When it comes to Rasmus Sandin, who’s struggled at the start of camp, Mirtle believes he could be brought in if ever Ceci becomes too much of a negative factor in the series.

What do you say, Leafs fans? Speak up: it sounds like your team is listening!