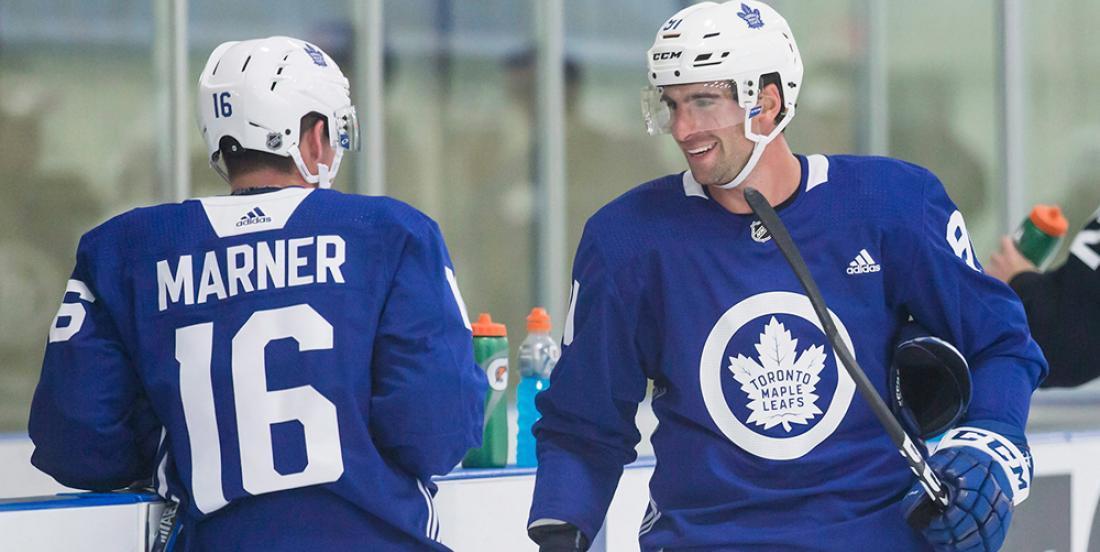 The Toronto Maple Leafs officially moved to Phase 2 of the NHL’s return-to-play protocol earlier this week and did so more enthusiastically than any other NHL team reports Leafs insider Chris Johnston.

The Leafs have 20 of their own players taking part in informal training, more than any other NHL team.

In his latest column for Sportsnet, Johnston catches up with Leafs captain John Tavares who breaks down the “no nonsense” mentality running through the team as things begin to “re-open”.

“We definitely want to take advantage of this, said Tavares. “This isn’t just about kind of getting the cobwebs out.”

“The urgency is extremely high,” said Tavares. “To take advantage of this opportunity, to feel fortunate that there’s a good chance that we’re going to be able to finish this season and be able to play for the Stanley Cup and that we’re a part of this.”

Tavares has been running the informal practices, which have been closed off to the public and media. He’s joined by other key Leafs players like Mitch Marner, William Nylander and Jake Muzzin. Superstar Auston Matthews and starting goaltender Frederik Andersen, however, are training together in Matthews’ hometown of Phoenix, Arizona.

Tavares says that the focus has been on the fundamentals and regaining some comfort and confidence on the ice. He’s hoping that the team can regain some of their chemistry before opening training camp in earnest in a month or so.

“Everyone is taking this very seriously and I think has been very dialled in,” said Tavares. “We obviously want to be firing on full cylinders as best we can be once competition begins.”

For the full interview with Tavares courtesy of Johnston, click below: