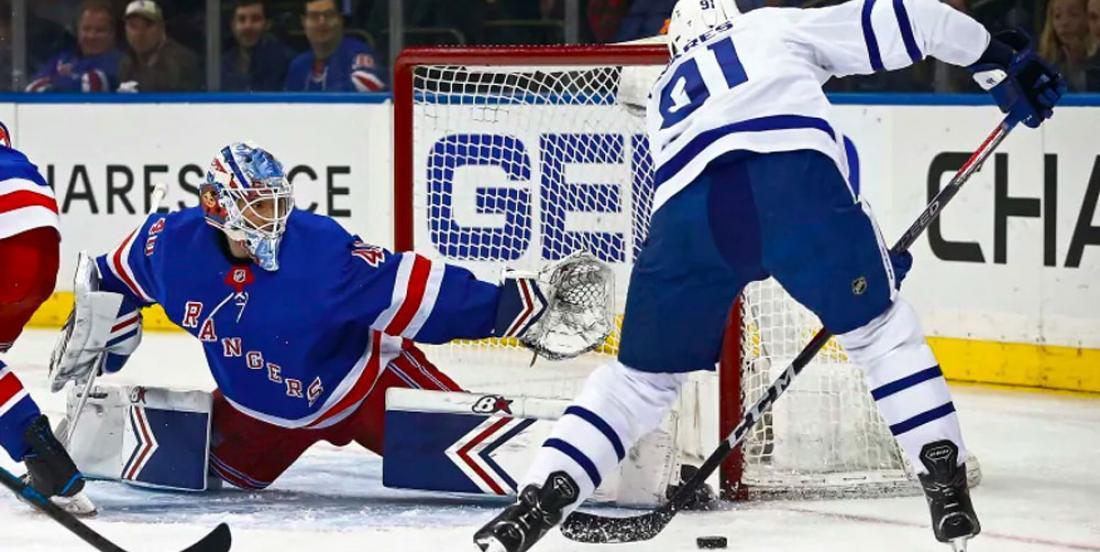 The problem? This isn’t EA Sports NHL 20. NHL general managers don’t just throw trade offers up on Twitter and hope that the other side takes them up on things. There’s a bit of nuance involved.

Nonetheless, it’s hard to deny just how big of an impact Georgiev would have on the Leafs. Backup Michael Hutchison has improved his play as of late, but Georgiev has had such a strong season that teams around the league are beginning to take notice. So… what will it take?

Check out this bit of reporting from NHL insider Elliotte Friedman when it comes to the 23 year old goaltender:

Toronto fans tweeted up a storm of Jeremy Bracco trades to get Alexandar Georgiev from the Rangers, but it will take more than that. Georgiev beat the Islanders 6-2 on Monday, and while New York is looking for a talented forward who is ready to play, they realize how good Georgiev can be.

If indeed the asking price for Georgiev is a “talented forward who is ready to play” could the Leafs dangle someone like Andreas Johnsson, Pierre Engvall or Alex Kerfoot to the Rangers? It’s unlikely that Kasperi Kapanen or Zach Hyman are going anywhere, but the aforementioned three could fill a spot on the Rangers forward corps for years to come.

Nothing imminent, but this rumour is worth keeping an eye on. Stay tuned.