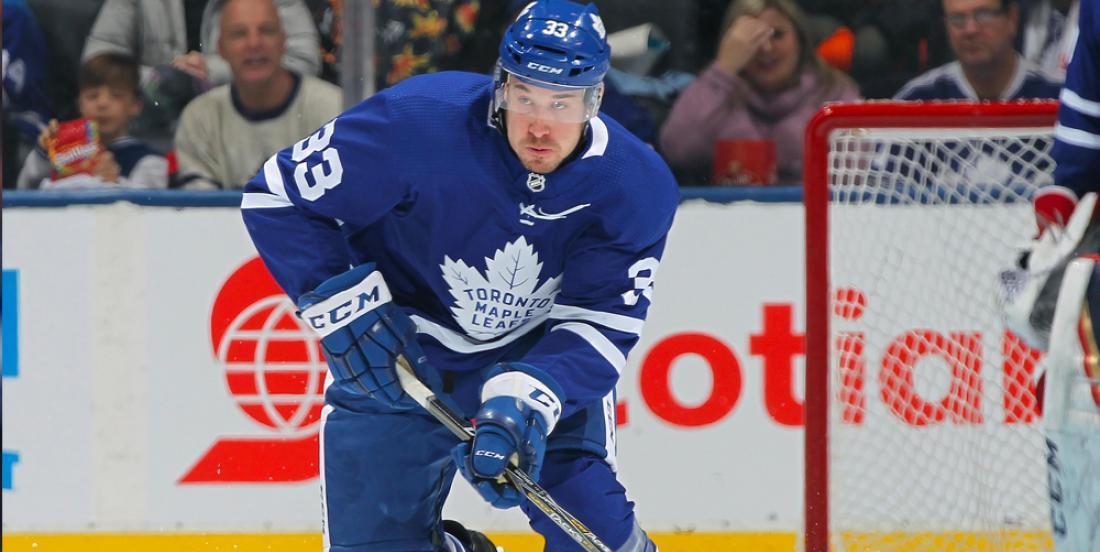 This just in, the Toronto Maple Leafs have signed 24 year old centre Adam Brooks to a two year contract worth $725,000 per season.

The Leafs’ 4th round pick (92nd overall) in the 2016 NHL Entry Draft, Brooks has played just seven games with the Leafs this season, putting up three assists. He also put up nine goals and 20 points in 29 games with the team’s AHL affiliate Toronto Marlies.

A lot of fans see Brooks as a replacement for pending free agent Frederik Gauthier, who has been mostly disappointing since being selected in the 1st round (21st overall) in the 2013 NHL Entry Draft. The 6 foot, 5 inch, 240 pound Gauthier simply hasn’t established himself as a player who can bring a full effort on a consistent basis. While he’s still likely to receive a contract offer from Leafs management, don’t be surprised if Brooks pushes him out the door.

Still, with Brooks under contract, the Leafs' fourth line is still in limbo moving forward. Gauthier, Kyle Clifford, Jason Spezza and Denis Malgin are all slated to hit free agency this offseason. Don't be surprised if general manager Kyle Dubas does a complete overhaul of his team's fourth line for the 2020-21 season.

Read below for the full press release announcement of today’s signing courtesy of the Leafs’ official website:

The Maple Leafs announced today that the hockey club has signed forward Adam Brooks to a two-year, two-way contract. The NHL salary of the contract carries an average annual value of $725,000.

Brooks, 24, has registered three assists in seven games with the Maple Leafs this season. The Winnipeg, Manitoba native also appeared in 29 games with the Toronto Marlies, recording 20 points (9 goals, 11 assists). In 147 career AHL regular season games, all with Toronto, Brooks has registered 79 points (38 goals, 41 assists) while adding 14 points (8 goals, 6 assists) in 33 playoff games and won a Calder Cup championship in 2018.

Brooks was originally drafted by the Maple Leafs in the fourth round (92nd overall) of the 2016 NHL Draft.