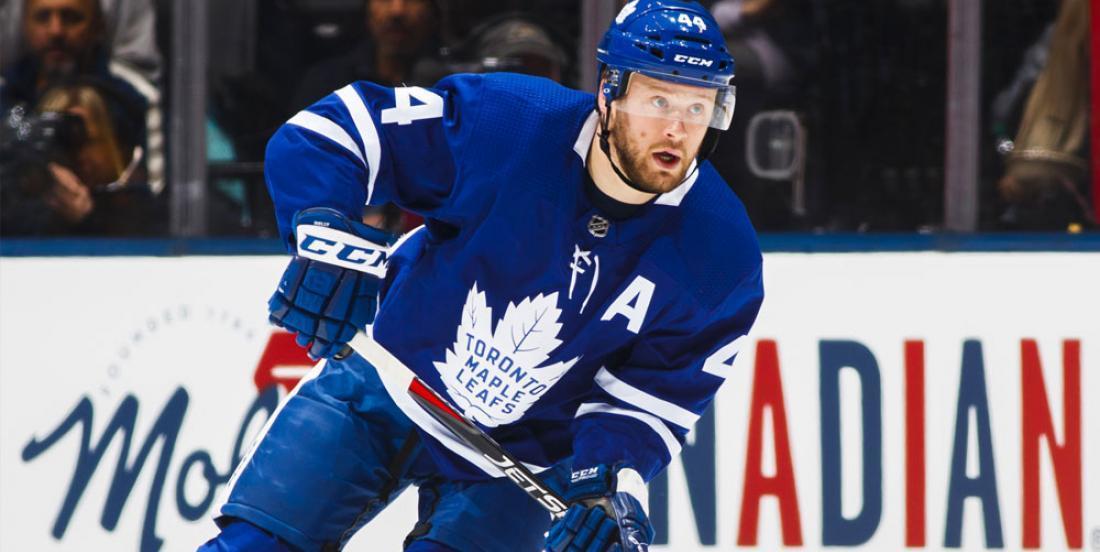 In case you missed the news yesterday, the Toronto Maple Leafs announced that defenseman Morgan Rielly will be out of the team’s lineup for at least eight weeks after suffering a fracture foot in the team’s 8-4 loss to the Florida Panthers.

Ouch.. that’s a tough blow to a team who desperately needs a jolt on the the blue line. While Rielly hasn’t lived up to expectations this season after his monster showing in 2018-19, he’s still arguably the team’s best defenseman and is relied upon to put up big minutes on a consistent basis. In other words, this hurts.

In an effort to fill in, at least in spot duty, the Leafs have recalled former 1st round pick Timothy Liljegren.

The 20 year old has yet to play an NHL game, but he’s been very impressive at the AHL level with the Toronto Marlies this season. He’s put up four goals and 24 points in 33 games with the Marlies, easily eclipsing his career best of just 17 points. He’s a former 1st round pick (17th overall in 2017) and has a lot of promise, but the Leafs have been patient with his development the past two seasons. Is now finally the time for the big Swede to finally show us what he’s got?

In a corresponding move, the Leafs called up another rookie blueliner yesterday afternoon when they called up Rasmus Sandin from the Marlies. Selected just a summer after Liljegren in the 1st round, Sandin has played six games with the Leafs this season and has put up two assists. My take: Throw these kids in the lineup and let's see what they got. Worked for Travis Dermott... worked for Justin Holl. Why not give them a shot until Rielly makes his return?