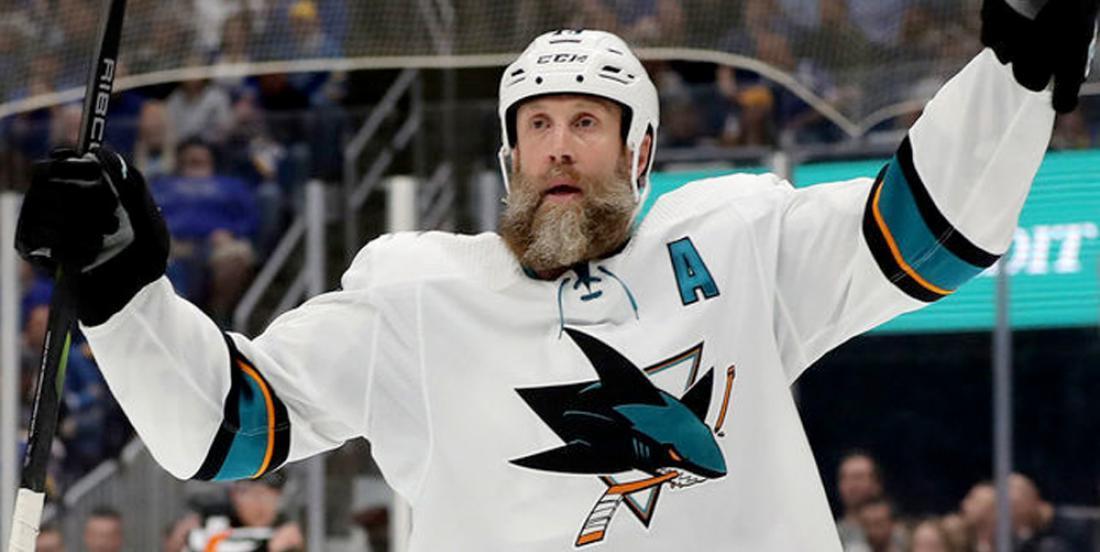 Leafs players have resorted to begging over the phone...

According to a report from NHL insider Elliotte Friedman of Sportsnet, "core players" from the Toronto Maple Leafs have called up unrestricted free agent Joe Thornton to personally pitch him on signing a contract with the team.

Check out this tidbit from Friedman's most recent "31 Thoughts" column for Sportsnet:

Hearing several core Maple Leafs have personally pitched Joe Thornton on going to Toronto. The courtship is on and the interest is real. But one thing I’ve always been told about the future Hall of Famer: do not underestimate his loyalty to San Jose.

I have to say, it tells you a lot about the Leafs' salary cap situation that they've resorted to having their players personally reach out to free agents in an effort to ice a roster. I'd imagine that Jumbo Joe Thornton isn't the type of guy who can be sweet talked into making a decision. He's either going to sign with the San Jose Sharks or he's going to call it a career, right? I'd be surprised if he signs with the Leafs, but then again where there's smoke there's likely to be fire. So maybe there is mutual interest there?

What I will say is that if Thornton does indeed sign with the Leafs, I'm excited at the prospect of both he and superstar Auston Matthews on the same powerplay. Thornton may not be the player he used to be, but he's still one of the greatest playmakers in NHL history and with players like Matthews, Mitch Marner, John Tavares and William Nylander on the ice... well there could be some magic there.

There's also the possibility that Thornton is an absolute fail in Toronto, as well. After all, he's not exactly the fastest guy on the ice and he's not the strongest defensive player either. Does he even fit the mold of a 4th line player in today's NHL? I could honestly see things going sideways between Thornton and the Leafs fanbase awfully quickly. One wrong play at a crucial time and Leafs fans will be all over Jumbo Joe. The best part about it though? Jumbo Joe couldn't care less... on second thought, I'd love to see it.