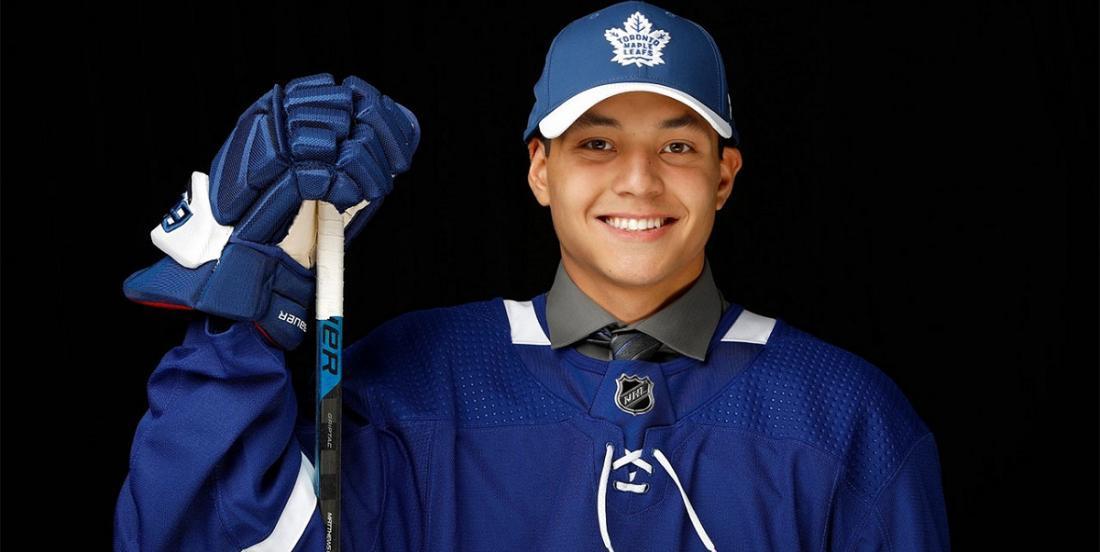 Toronto Maple Leafs prospect Nick Robertson is having himself a pretty darn good week in spite of the fact that the hockey world has effectively shutdown as a result of the COVID-19 pandemic. The young Toronto Maple Leafs prospect capped off a shortned season in the Canadian Hockey League this week by being name the league's "Sportsman of the Year" almost one year to the day since being drafted by the Leafs organization.

Robertson, who plays for the Peterborough Petes, beat out two other nominees for the award with those being Jakob Pelletier of the Moncton Wildcats and Seth Jarvis of the Portland Winterhawks respectively. No doubt the fact that Pelletier had a ridiculous season in which he led all players in the league with 55 goals in just 46 games, adding an additional 31 assist for a combined 86 points over that stretch, was the deciding factor that tipped the vote in his favor.

Robertson is a smaller forward, at least he is right now at just 18 years of age, measuring just 5'9 and tipping the scales at 164 lbs. That being said if he can transfer his offensive production to the National Hockey League he will look like a steal for the Maple Leafs as a second round draft pick (53rd overall) in the 2019 NHL Entry Draft, although that is a lot easier said than done. Roberston does have some things going for him however and one of those is that the sport of hockey has seemingly always been in Robertson's blood, or at least it has since a very young age. The Leafs prospect famously once tracked down Mike Babcock's house on Halloween to try and ask the former Maple Leafs head coach about a big time star he was coaching on the Red Wings at the time, NHL legend Pavel Datsyuk.

A well deserved congratulations to Robertson on his individual achievement and no doubt we will be hearing more about him in the years to come.