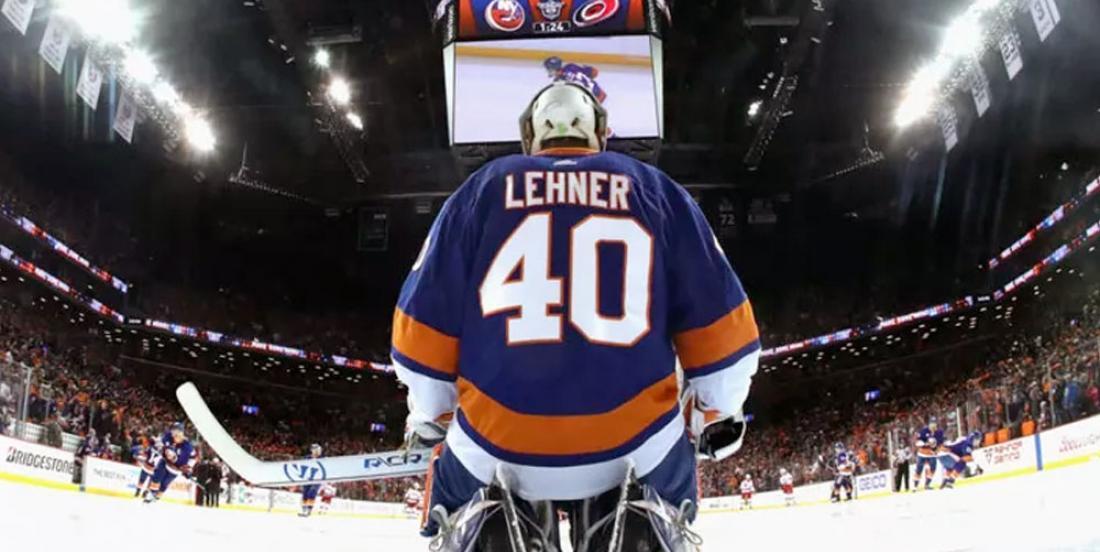 The Blackhawks goalie shows his love for his former team. Weird or nah?

After all, Lehner established himself as one of the greatest goaltenders in the NHL with the Isles and was pretty open about his desire to remain with the franchise. Then again… Lou Lamoriello is calling the shots in Long Island, so maybe we shouldn’t be surprised?

In any case, Lehner has moved on after signing with the Chicago Blackhawks, but it’s clear that a big part of his heart still lives on Long Island, NY.

In fact, Long Island lives on him… on his neck specifically.

It raises the question though, would you find this weird if it were your teammate? I mean, it’s not like Lehner had an Isles logo branded on his forehead, but it’s clear that his heart is still with the Islanders’ organization.