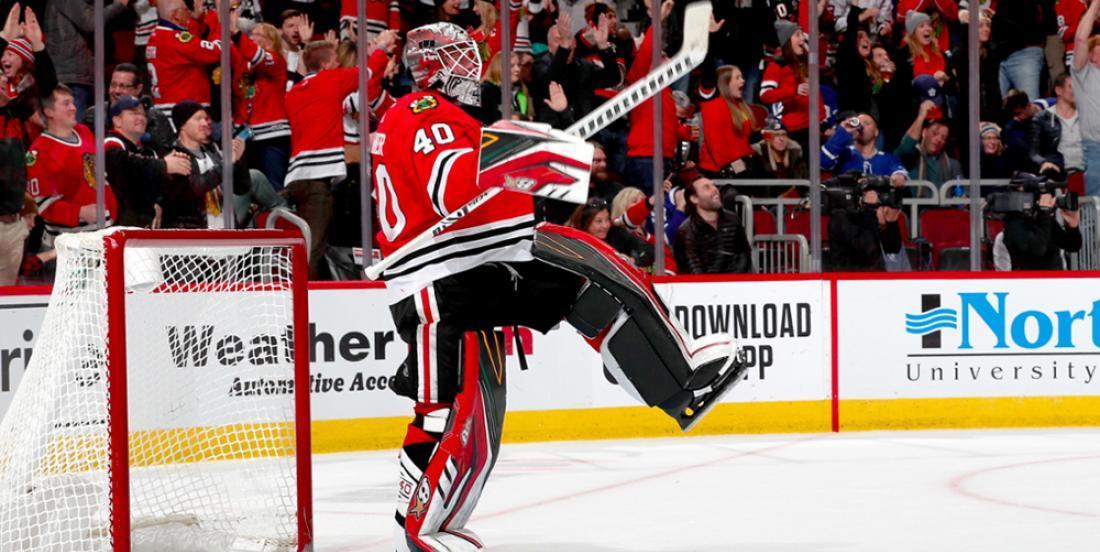 In case you missed it yesterday, the Vegas Golden Knights acquired goaltender Robin Lehner from the Chicago Blackhawks.

Details surrounding the official trade were murky and several reports were published prematurely before the deal was officially consummated. Now, however we have clarity surrounding the deal and it's officially a three-way between the Knights, Blackhawks and Toronto Maple Leafs.

Check out the explanation from the Leafs' official website:

The Toronto Maple Leafs announced today that the club has acquired Vegas' fifth-round selection in the 2020 NHL Draft in exchange for forward Martins Dzierkals to complete a trade between the Chicago Blackhawks and the Vegas Golden Knights. The Maple Leafs have retained a portion of goaltender Robin Lehner's salary as part of the transaction.

To make things simple, here's how it goes down:

So technically Lehner was a member of the Leafs organization for a hot minute. That prompted him to release his own "pajama boy" photo ala John Tavares.

Lehner's signing with the Blackhawks was one of the biggest surprise signings of the 2019 offseason. The New York Islanders inked goaltender Semyon Varlamov to a four year, $20 million deal on the opening day of free agency. Not because Varlamov isn’t an excellent goaltender but… the team already had a Vezina Trophy nominee in Lehner who was willing to negotiate a new deal with the team. What gives?

Lehner, of course, was dumped by GM Lou Lamoriello and signed a one year, $5 million deal with the Blackhawks. The veteran goaltender performed admirably with his new team and looked to be a fit moving forward, but he made it clear that he won’t be fooled again when it comes to contract negotiations.

Johnston asked specifically if a long-term deal is the biggest priority; Lehner responded he couldn’t say for sure, noting that stability would be good for his family, but that there are other factors to consider. Reading between the lines, we took that to mean he doesn’t necessarily want to take a lower AAV to get term.

Here's the thing though... Blackhawks reporter Mark Lazerus maintains that Lehner offered to take a three-year deal for less money to stay with the Blackhawks, but GM Stan Bowman never tabled an offer to Lehner.

In all seriousness, Lehner has earned the right to command top dollar. He’s been one of the league’s best net minders for the better part of three seasons now and, frankly, was dicked around by Lamoriello and the Islanders in previous negotiations. Once bitten, twice shy. It'll be interesting to see what happens to the big man this offseason.