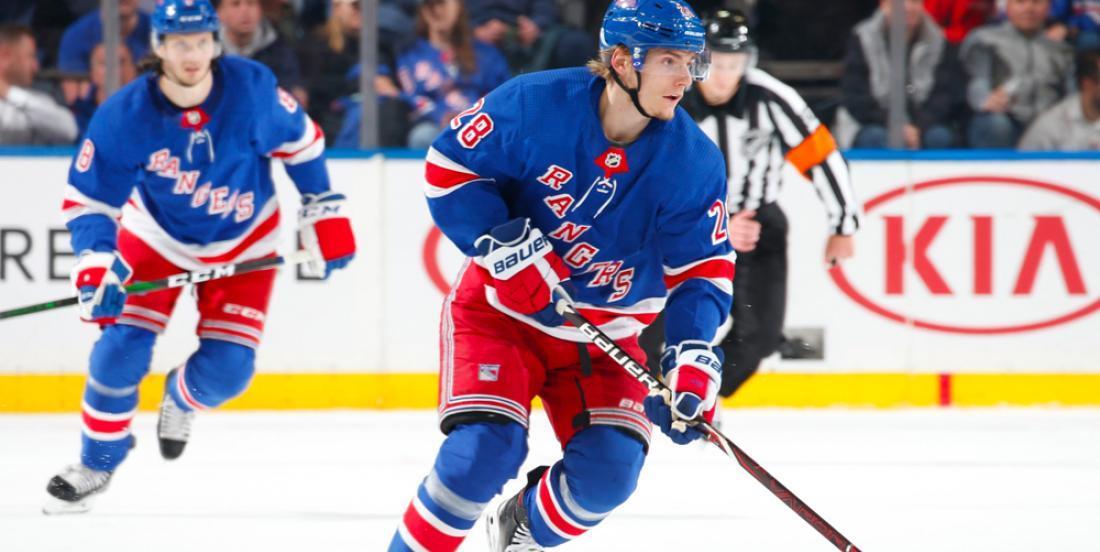 Despite rumblings earlier this spring that disgruntled New York Rangers top prospect Lias Andersson was considering a return to NYC from his native Sweden, Andersson has reportedly decided to stay in Sweden and has signed with HV71 of the Swedish Hockey League for its upcoming 2020-21 season.

HV71 confirmed the news itself on its own website. Read below for an English translation:

Now it’s finished! Lias Andersson is an HV player for the coming season as well. “I am very grateful that it was possible to solve a continuation with HV71, which I feel extremely comfortable with,” says Lias Andersson.

Lias Andersson also has a contract with the New York Rangers 20/21, but is loaned to HV71 throughout the season.

“I want to thank Rangers for understanding my situation and my desire to play in HV71. I found my way back to the game I want to play at the end of last season and look forward to a sequel in HV71. During the years in HV71 and Jönköping, I have acquired many good memories and positive feelings that I will build on when we reunite at the end of July”, says Lias Andersson.

Andersson, of course, left the Rangers’ AHL affiliate, the Hartford Wolf Pack, after issuing a trade demand. He later joined the HV71 on loan and put up seven goals and 12 points in 15 games for the team to conclude the 2019-20 season.

The 21 year old Swede was selected 7th overall and has shown flashes of skill in the 66 games that he has played with the Rangers. But, like most young players, consistency is a problem with Andersson. You’ll find few scouts who think the kid is NHL ready, but he apparently isn’t in agreement that he needs some AHL seasoning. He had just four goals and five points in 13 AHL games and just one assist in 17 NHL games with the Rangers this season.

At this point it's difficult to see how the former 7th overall pick will be able to make a go of thing with the Rangers. In all likelihood we won't see this kid in the NHL until the Rangers trade his rights, not unlike former 2016 4th overall pick Jesse Puljujarvi and his situation with the Edmonton Oilers. The real kicker for the Rangers... the team was reportedly set to select now Vancouver Canucks star Elias Pettersson with their 7th overall pick before the Canucks scooped him up 5th overall. Oh what could have been...