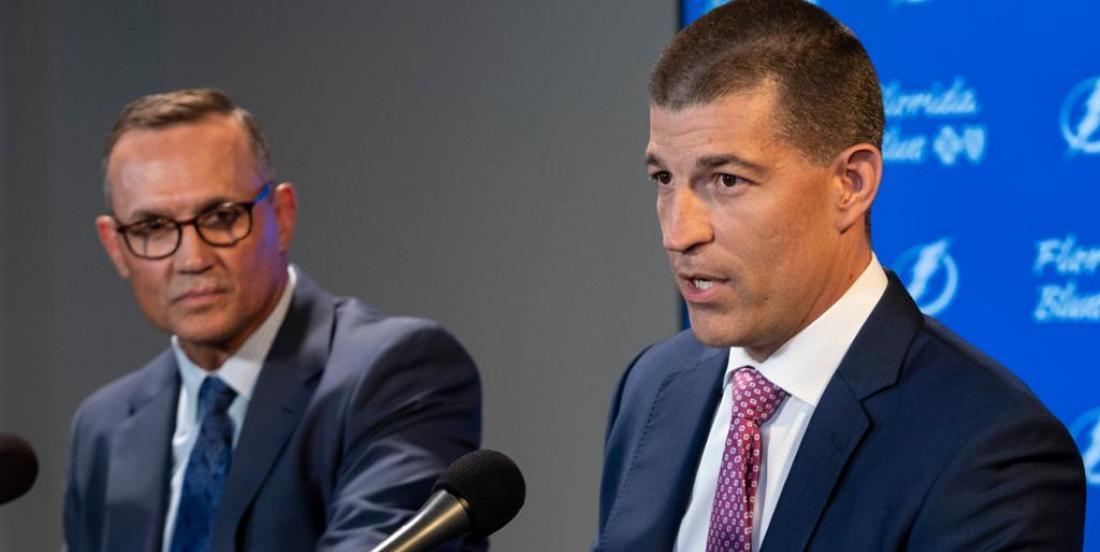 The Tampa Bay Lightning underwent a major change a few weeks ago when Steve Yzerman announced he was stepping down as general manager and letting his assistant GM Julien BriseBois take the reigns in the front office. While both men stated that the team’s mission and objectives would remain the same, it seems like one thing is now different. It is believed that the Lightning has been calling rival teams to inform them they are open for a trade…

According to Joe Smith of The Athletic, the Lightning have tried to move a defenseman, telling teams they’re open to trading Slater Koekkoek or Braydon Coburn. It remains to be seen if a deal will be made.

“Both still hold value for the Lightning, which is why there’s no guarantee either is gone anytime soon. I remember asking former GM Steve Yzerman last year why he carried eight defensemen on the roster, and he told me the moment he traded one, two would get injured, and he’d be in trouble. It’s hard to say what return the Lightning could receive; the Leafs netted a seventh round pick for defenseman Connor Carrick Monday,” writes Smith.

While Yzerman was keen on keeping a heavy depth chart on the back end, we guess we will now see if BriseBois will keep the same approach as the season gets started. Of the two trade baits, Smith thinks Koekkoek could be more open to a change of scenery.

Koekkoek carries an affordable $865K salary this season and could be easier to move for the Bolts.

“Koekkoek may be open to a change of scenery. He has the tools to be an NHL defenseman, but hasn’t earned the trust of the coaching staff enough to play on a consistent basis. And for the style Koekkoek plays, getting consistent reps is important in developing confidence. Koekkoek played in just 35 games last season, two in the final month. But he’s never requested a trade.”

Smith warns us, the Lightning might repeat a trade they accomplished back in 2014.

“This very well could end like it did in the 2014-15 season, when the Lightning dealt veteran defenseman Eric Brewer in late November to the Ducks for a third-round pick.”