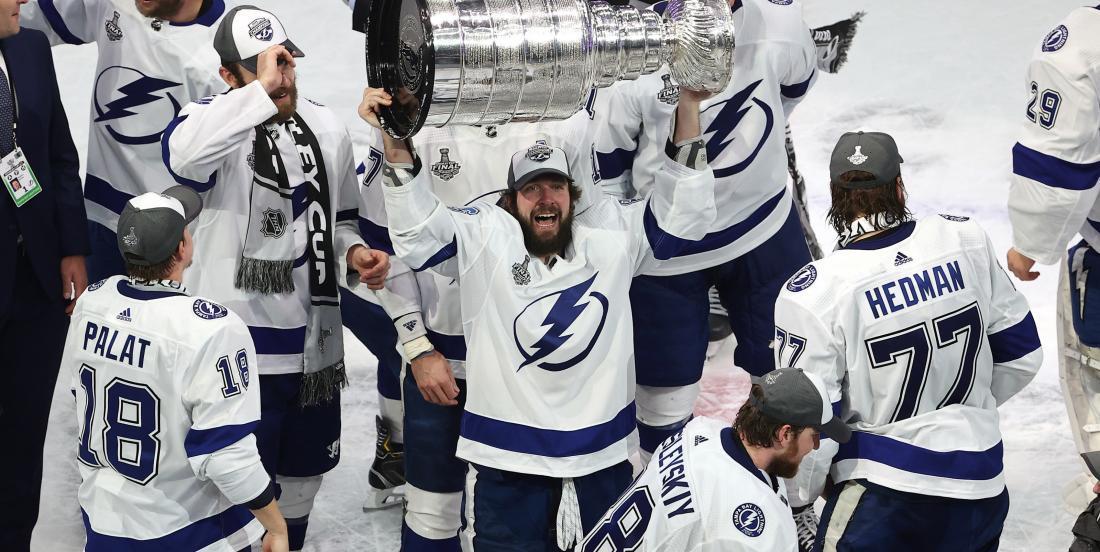 The Tampa Bay Lightning are the 2020 Stanley Cup champions and all players pointed out how close they all became and supported one another throughout this unique postseason, in which they were away from their families for more than two months in very uncertain times. They couldn’t have done it without one another and it was magical to see them celebrate together on the ice of Rogers Place in Edmonton, unable to do so with their extended family and loved ones, holding iPhones to get in touch with them instead.

That group of guys will never be the same. Literally.

NHL insider Pierre LeBrun revealed on Tuesday that general manager Julien BriseBois has already started shopping some of his players, less than 24 hours after winning the franchise’s second championship.

The Bolts will need to shed close to $10 million of their salary cap in the course of the next three weeks, and LeBrun can already see players like Yanni Gourde and Tyler Johnson getting moved. Tampa Bay will however face hurdles seeing that these two hold no-trade clause in their respective deals.

LeBrun went on to say that BriseBois could shock fans and choose to move a player no one would ever expect to see on the move. This will surely be an interesting time for the Lightning’s GM who won’t get to party as much with so much business taking place.

This special group of guys will need to enjoy the moment now, because as we all know hockey remains a business and some of these guys that gave their heart and soul to win the Stanley Cup might land on a different roster next season.