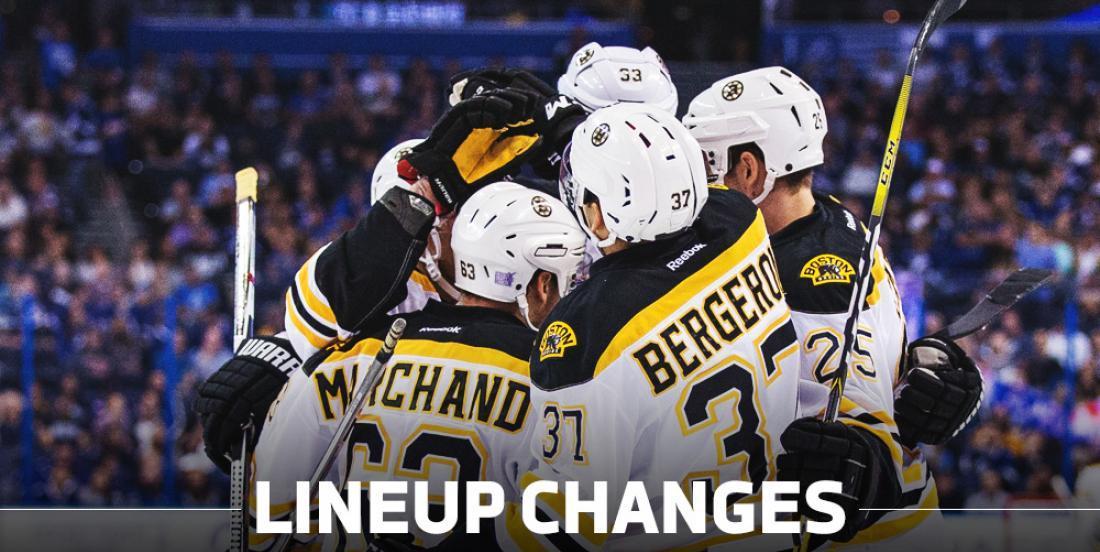 Boston Bruins interim head coach Bruce Cassidy confirmed today that forward Jimmy Hayes, Frank Vatrano and Tim Schaller will not play tonight as the team plays a crucial game tonight against the Tampa Bay Lightning. With both teams chasing the final playoff seed in the NHL’s Eastern Conference it should be a testy contest at Boston’s TD Garden.

The Bruins bench boss also confirmed that veteran John-Michael Liles will slot into the lineup in place of Colin Miller, while rookie Sean Kuraly gets another shot on the team’s forward unit.

Currently the Bruins hold down the final wild card spot in the playoff race, but with a Lightning victory tonight the Bolts could pull within two points of the Bruins with a game in hand. On the flip side, should the Bruins hold off the Lightning for a clean two point victory, they’ll put themselves in a comfortable position to make they playoffs should they not tank the remainder of their games. Get ready fans, playoff style hockey is here early!