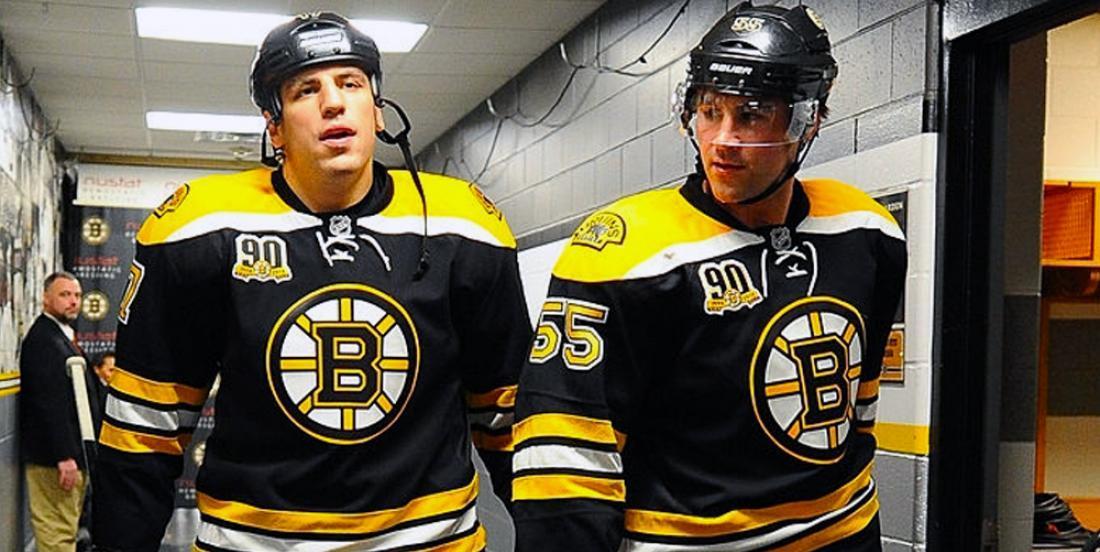 Forgotten in all the news of a paused season and a worldwide pandemic is the story of New York Islanders defenseman Johnny Boychuk. Remember him?

Remember when Boychuk suffered a horrific injury to the face courtesy during a game against the Montreal Canadiens way back on March 3rd, 2020?

Here’s a reminder and be warned, this video isn’t for the squeamish:

You can just see the panic on the faces of everyone on the ice. Everyone has serious concern for Boychuk and for good reason. Canadiens forward Artturi Lehkonen inadvertently cuts Boychuk just above the eye with his skate while falling in front of the Islanders’ goal.

The cut required 90 stitches to close but remarkably Boychuk suffered no damage to his eyesight. Lehkonen’s skate managed to catch Boychuk on the eyebrow, just above the eye socket. He’s now at home (like the rest of us) recovering and wondering when hockey will be back.

“But from what it was to what it is now, it’s exceptional I guess,” he said to the New York Post last month.

Former teammate and good friend Milan Lucic was recently on the Spittin’ Chiclets podcast with hosts Ryan Whitney and Paul Bissonnette this week where he offered up an encouraging update on Boychuk’s health.

“I got to see my boy Johnny Boychuk. And I just want to let everyone know that he came over for dinner and I saw him after his scary incident where he took a skate in the eyebrow and got nine stitches. And I gotta say, whatever surgeon did what he did to him, he did an unbelievable job. Johnny can see and he’s awesome.”

Encouraging to say the least. It’s still not clear when or if Boychuk will return to the Islanders’ lineup though. He still has two years at $6 million annually left on his contract. One thing’s for sure though, Boychuk thinks that players will start taking preventive measures to guard against skate cuts once play resumes.

“For the other guys, maybe they could make cut-proof socks or guys could be wearing wrist guards, doesn’t even have to be one of those sweatband wrist guards, just like a cut-proof wristband so it’s not so bulky and won’t hinder your stick-handling abilities,” Boychuk said. “For mine, it couldn’t be avoided — unless you’re wearing a full cage, but that’s not ever going to happen.”

Take care, Johnny. The entire hockey world is pulling for you.