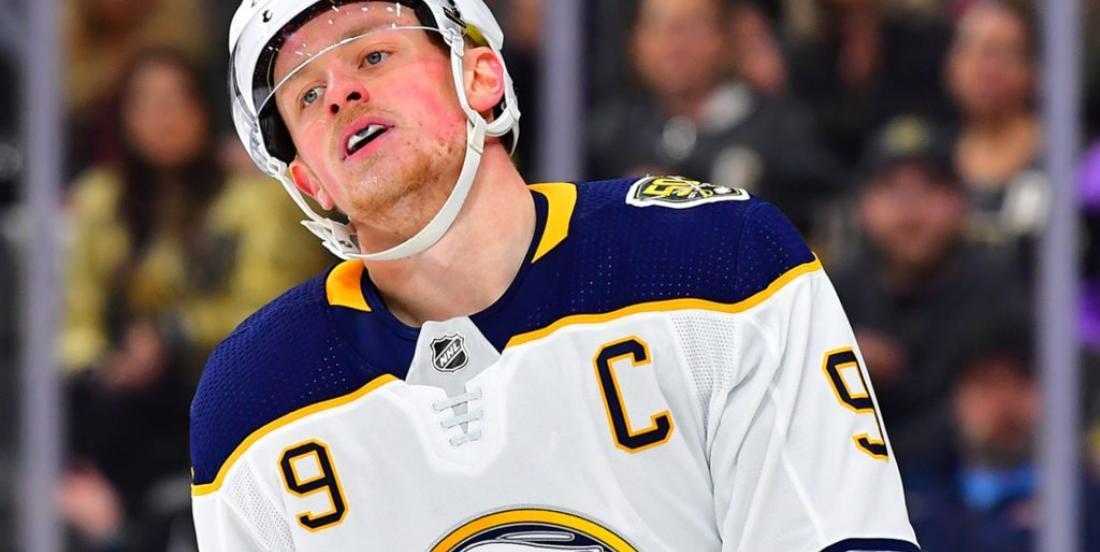 Look, it’s no secret that Buffalo Sabres superstar Jack Eichel isn’t exactly satisfied with how things are going in Buffalo these days. The 23 year old forward is now five seasons into his NHL career and has been nowhere near the Stanley Cup Playoffs. This has led to widespread rumour reports that Eichel is unhappy in Buffalo and some fear he could demand a trade.

Publicly, Eichel has never intimated anything about a trade, but it’s now no secret he is frustrated with his team’s performances.

So, it was obvious that many insiders would try to get the right package together to get their favourite team to land Eichel, however, one rumour surfaced on Thursday and it cannot be serious…

Brian Witt of NBC Sports reports that the San Jose Sharks shouldn’t be ruled out if Eichel does demand a trade out of Buffalo. He suggests this trade package in order to bring Eichel in San Jose:

“Factoring in both what Buffalo likely would demand as well as salaries, a Sharks’ potential trade package for Eichel might look something like: Burns, Ryan Merkley, Jonathan Dahlen and a future first-round pick — and even that might not be enough. Burns’ talent surely would be attractive to the Sabres, but he’s also 35 years old. Not to mention, he has a modified no-trade clause in his contract.”

Now the funny thing about this is that is Eichel wants out, he is looking to win. He said it himself:

“I’m a competitor,” Eichel said earlier this summer. “I want to win every time I go out on the ice. I want to win the Stanley Cup every time I start a season … I’d be lying if I said that I’m not getting frustrated with where things are going.”

The Sharks did not manage to get into the postseason this time around, just like the Sabres, and there’s no way Eichel would go there with the same risk of staying out the playoffs next time around.

Sure, if Eichel lands on the trade market, every team, Sharks included, need to pick up the phone and inquire.