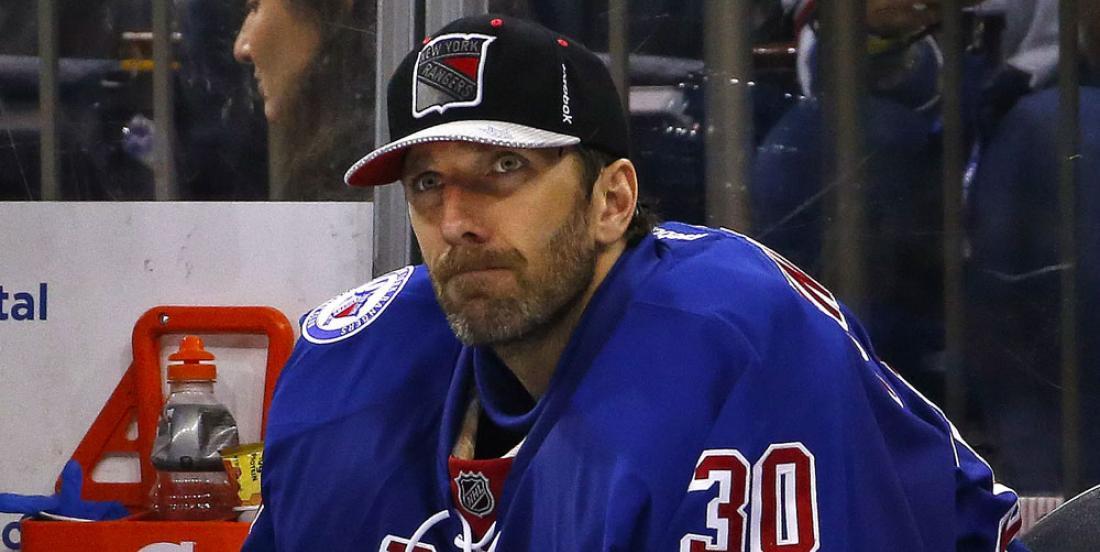 The Rangers need to be straight with him…

It is getting crowded in between the pipes in New York City as the Rangers are are currently carrying three goaltenders in Henrik Lundqvist, Alexandar Georgiev and Igor Shesterkin and several rumours have been reported on the King’s future in the Big Apple.

Some pundits suggested he could demanded a trade to a Cup contender before he retires; others think the Rangers might buy him out over the summer.

While discussing the situation on Tuesday night’s Insider Trading on TSN, Bob McKenzie mentioned that the decision will involved Lundqvist himself, who will need to decide if he is happy with his role with the Rangers.

We could have to wait until the summer to get a clearer idea from the veteran goalie, who might want to stick with the Rangers, the one team he’s been playing for since the start, or move to a Cup contender in order to have a chance to win a championship before he hangs up the pads.

“Back to the New York Rangers and the three-head goalie monster. The Rangers are believed to be continuing to take calls on trading Alexandar Georgiev, whether that happens by the deadline or the summer. It’s looking for a lot of people like maybe the summer would be the time to resolve the three-headed monster in New York, but it’s also interesting that head coach David Quinn has basically said, ‘hey listen, if you’re winning and playing well, you’re the goaltender who’s going to be in.’ Igor Shestyorkin has been playing the best of the three, he’s been getting the games. I’m curious to see what the reaction is from Henrik Lundqvist. If he goes on a big stretch here between now and the deadline, is he content to stay there as a No. 2 or a No. 3. He’s got a no-move clause. Rangers don’t plan on trading him, obviously. Nevertheless, it will be an interesting one to keep an eye on, both now and in the summer.”