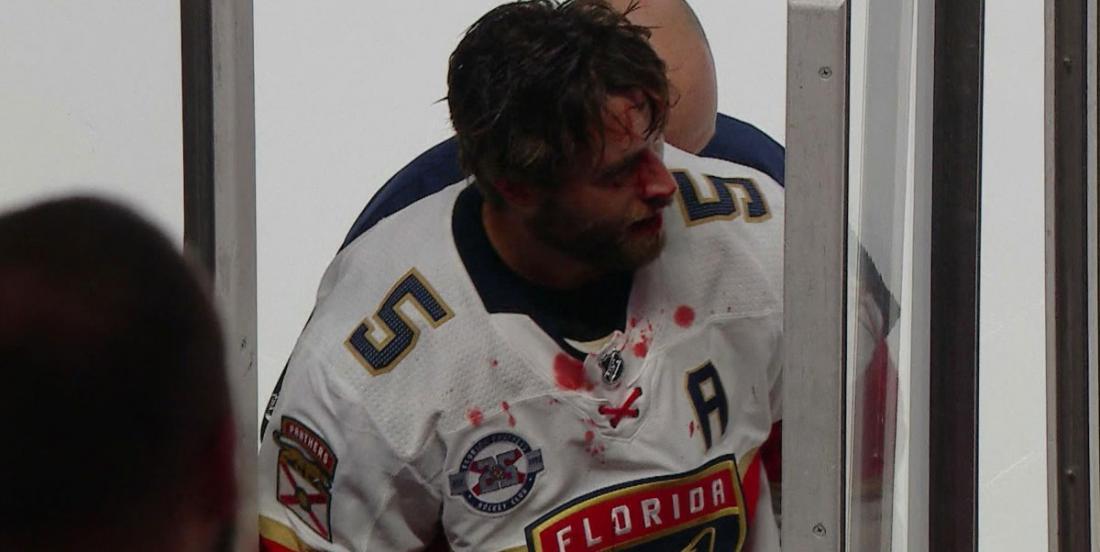 This is getting uglier and uglier...

A new rivalry is on, and the regular season calendar hasn't even begun!

During Wednesday's preseason meeting between the Florida Panthers and Montreal Canadiens, things got ugly quite fast. New Habs forward, who was playing his first game for the club Max Domi was ejected for sucker-punching Aaron Ekblad. With the Canadiens losing 2-1 at the start of the third period, he thought it'd be a good idea to drop the gloves and spice things up.

He tugged on Ekblad's shirt, asking him to fight, which Ekblad had no interest into. Nonetheless, Domi punched him in the face twice, but still Ekblad didn't respond. That's when Domi dropped his right glove and sucker punched him right on the nose. The bloodied Ekblad dropped to the ice. Domi was given a minor, major and match penalty on the play. The Panthers defenseman left the game, at the league's request, and did not return. He went through tests after the game and has since cleared concussion protocol.

Panthers veteran netminder Roberto Luongo took no time to respond to the play, and was quite vocal on what he thinks of Max Domi following his club's 5-2 victory over the Canadiens.

You can see his full reaction in the main video of this article.

"It was a bit of a gutless play. You don't do those types of things," Luongo told reporters postgame, per Sportsnet. "I'm sure the league will look at it, and we definitely won't forget about it.

"You don't do that. You respect your opponents, and if your opponent doesn't want to engage in a fight, that's no reason to drop your glove and punch him square in the face for no reason."

Panthers head coach Bob Boughner believes, like many pundits and insiders, that the league will need to review the play.

You can see in the video how Bougher reacted to the sequence, and he was surely shocked to see his star defender bloodied and rushed out of the rink.

The Canadiens can now get ready for an intense rivalry with the Panthers this season after this crazy incident. Both teams will play four times in the regular season calendar this year, but the first meeting isn't until Dec. 28 in Florida. Things will have time to build up for sure!