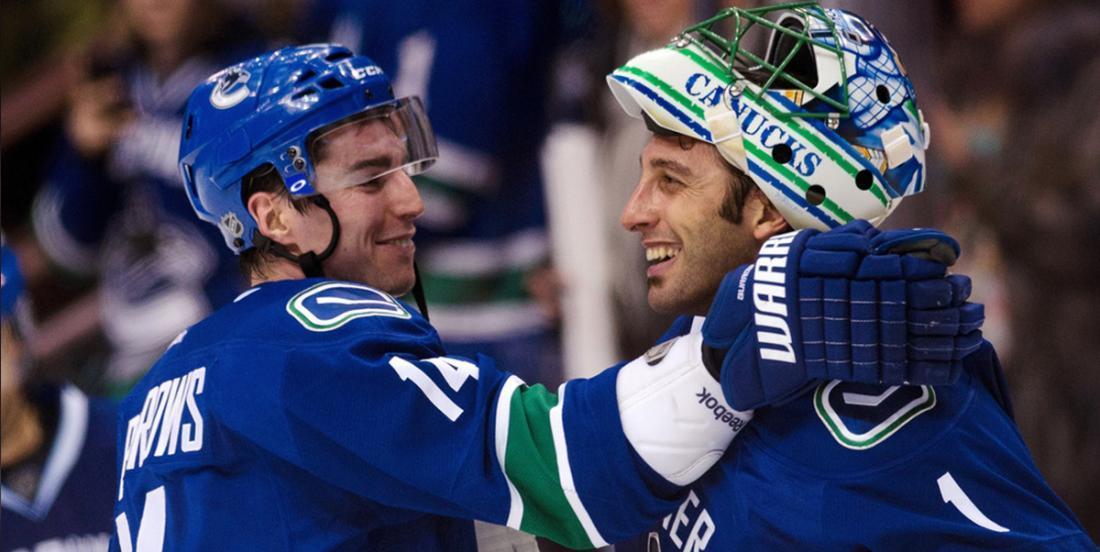 No doubt about it, Florida Panthers goaltender Roberto Luongo will go down in history as one of, if not THE, best goaltender in Vancouver Canucks history. When Luongo was traded back to the Panthers in 2014 he left the Canucks organization as the undisputed leader in just about every goaltending metric in the team’s record books. His 33 career shutouts are more than second-place Cloutier’s and third-place McLean’s totals combined. He represented the team at three NHL All-Star Games, won the William M. Jennings Trophy, won two Cyclone Taylor Awards for team MVP and and earned the most three-star selections of any Canucks player from 2007-2011. He led his team to within a win of a Stanley Cup championship and is still revered in the city of Vancouver… at least for now.

In a recent conversation with Sportsnet analyst Elliotte Friedman, Luongo opened up a bit about the current state of the NHL and seemed to poke fun at the media and fanbase in Vancouver. When Friedman mentioned all the attention the Toronto Maple Leafs seem to be generating these days, he asked Luongo if he were getting tired of it. His answer:

Finally, we were talking about all of the attention on Toronto so far, and whether or not players were getting tired of it. He had a great line: “Well, where we are [Florida] there’s not a ton of news. But I’m sure in Vancouver they are not happy.”

Shots fired! How’s that make you feel, Canucks fans? I mean… it’s not like he’s not telling the truth, though. Canucks fans may be the most sensitive fans in the entire NHL and with the way that their team has performed since Luongo’s departure in 2014, can you really blame them for being so unhappy?

Interestingly enough, Luongo also shared some insight into his brief captaincy with the Canucks and how he felt handing over the "C" to successor Henrik Sedin. Check it out:

“I remember thinking that Henrik was ready to take over,” Luongo said last week. “There were no hard feelings. It was time to focus on playing goal and not on the other stuff.”