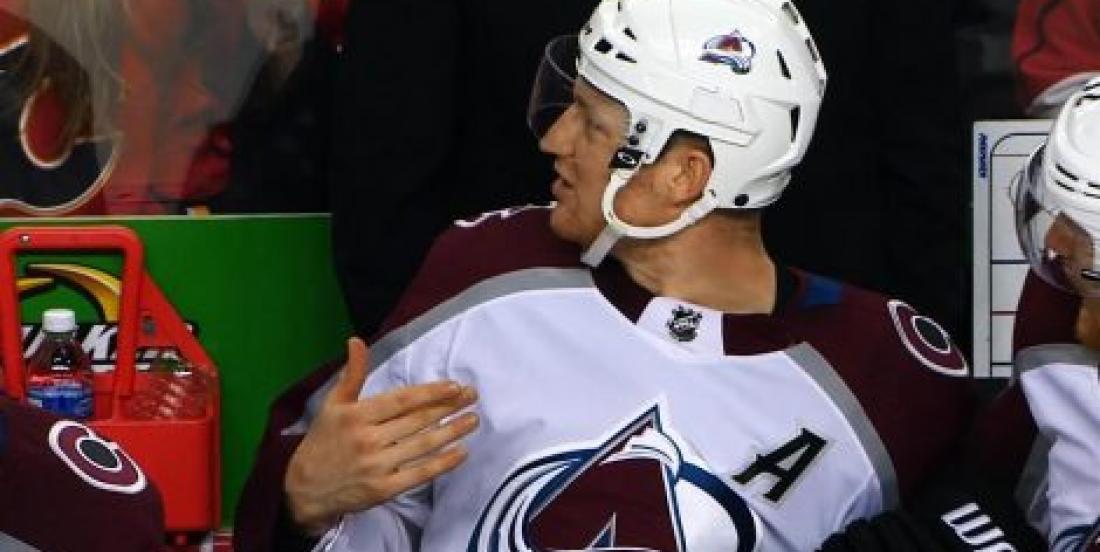 Things boiled over Wednesday night as the Colorado Avalanche fell to the Flames 5-3, despite the Avs outshooting Calgary 35-16. Late in the loss after the Flames' empty net goal sealed the win, forward Nathan MacKinnon came back to the bench and vented his frustrations. And it got ugly... Cameras caught MacKinnon and coach Jared Bednar in a heated exchange on the bench.

MacKinnon later revealed that he was upset that Bednar didn’t pull goalie Semyon Varlamov when the team was down two goals late in the game.

Now in Montreal to face the Canadiens on Saturday night, MacKinnon faced media members who were scared to ask about the incident and wanted to apologize for his actions.

“That’s unacceptable on my part; I can’t be doing that stuff. Just frustrated we lost eight of nine, I think (Matthew) Tkachuk had just scored an empty-netter. I was just really frustrated but I love playing for (Bednar). Everyone loves playing for (Bednar) in here and that's on me and I take responsbility for it," said MacKinnon, per John Lu of TSN.

He admitted that he knew he looked like a fool once he saw the footage of the incident that same night in his hotel room in Calgary.

"It's unfortunate the incident got caught on cameras. I saw it after the Calgary game and I was pretty rattled in my hotel room.- just looking like an idiot, screaming. That can't happen again so I'll get better from it."

Bednar also downplayed the incident as he appreciates his players' intensity.

“All of us, at the time, were frustrated. I thought we played two really good games, could’ve come out with four points,” said Bednar, per TSN. “To me, [the outburst] didn’t bother me at all. That’s what I love about Nathan and about certain guys on our team is the fire and passion and emotion they play with. That’s what you need in this game, that’s what makes him so good, so I never want to curb that.”

Let's see if the fire is still burning tomorrow night when they face off against the Habs. MacKinnon sits second on the Avalanche in scoring this season with 26 goals and 66 points through 44 games and will be looking for more in Montreal, no doubt.