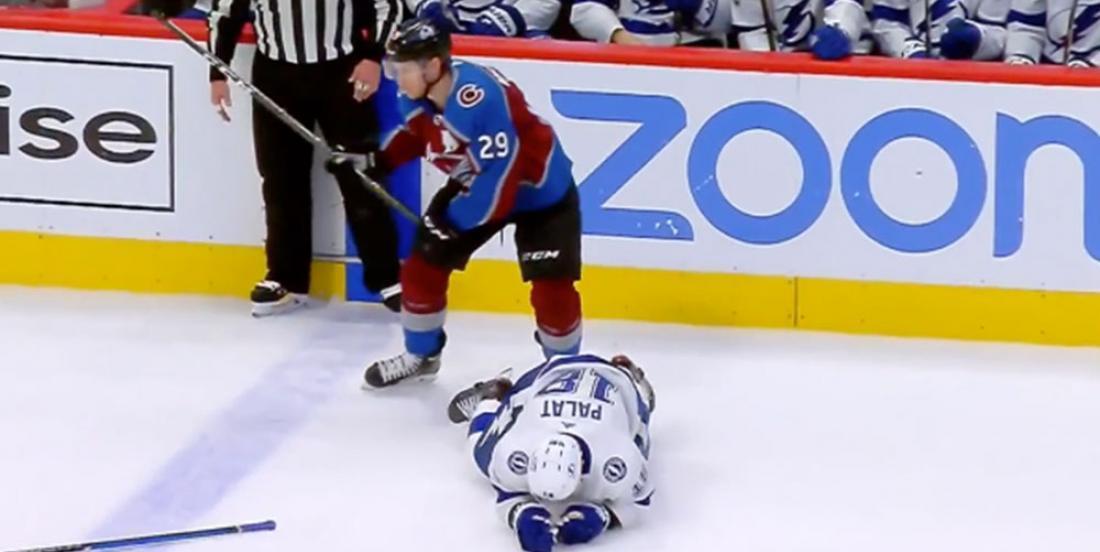 In case you missed it last night the Colorado Avalanche dropped a 4-3 decision to the visiting Tampa Bay Lightning in a very eventful game between the two Stanley Cup contenders. The Avs are now riding a three game losing streak and look to be slipping away from the top of the NHL's Central Division standings.

One player who will not go down politely however is superstar Nathan Mackinnon. Big Nate had a goal and two points last night to bring his season totals to an incredible 33 goals and 82 points in just 58 games. Wow.

Even more impressive though might be this "reverse hit" on Lightning forward Ondrej Palat.

I can just imagine MacKinnon shouting "You wanna take a run at me!?" while Palat bounces off him like a fly. Love it.