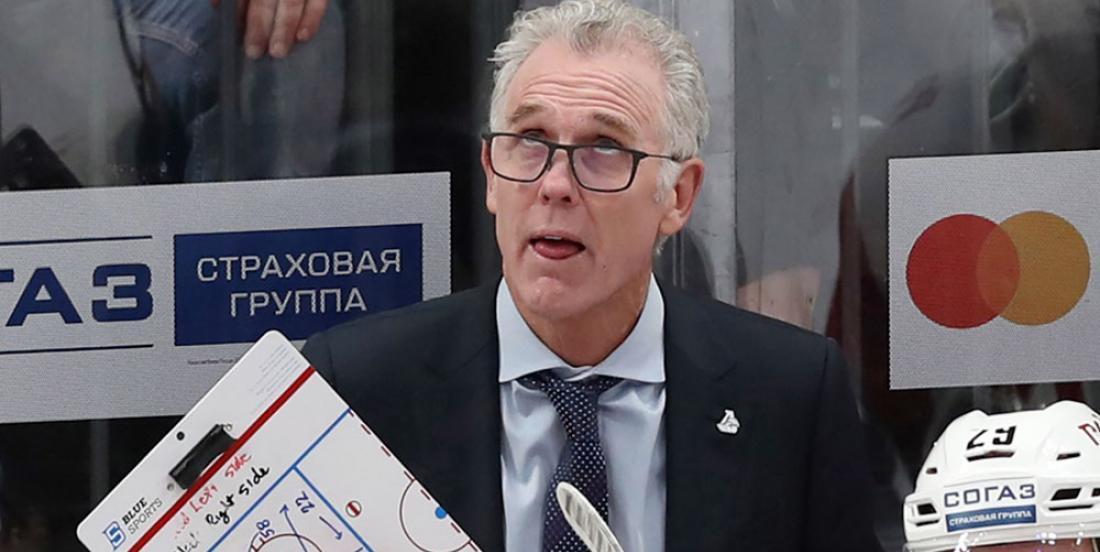 In case you missed the news earlier this season, and quite honestly if you blinked you would have missed it,  long-time NHLer Craig MacTavish was hired and then promptly fired by KHL club Lokomotiv Yaroslavl.

MacTavish was hired this past offseason but lasted just eight games before being removed from his position with the team.

MacTavish went 3-5 in just eight games as the team’s head coach after being signed to a two year contract just this past May. Suffice it to say that things clearly weren’t working out between the head coach and the team, after all eight games hardly seems like an audition. Still, the team’s management must have seen enough in that brief period to know that MacTavish just wasn’t the right fit.

To be fair to MacTavish though, coaches in the KHL don’t quite have the same job security that they have in North American leagues like the NHL and AHL. In fact, it’s not uncommon for a team to use several head coaches throughout a KHL season. For whatever reason, coaches just don’t seem to have much of a shelf life in Russian hockey.

Less than a month after his dismissal, MacTavish is back in North America and he’s sharing some pretty crazy stories from his time in Russia. Check out some of these quotes from MacTavish’s self-penned article for TSN:

“It began… May 16 when I was hired as Lokomotiv head coach. My mindset was best described as fearfully optimistic. When friends told me they would be coming to visit, my answer was always the same: “Come early … before I get fired.”

“I imagined Russian hockey was going to be the skilled, puck possession, passing game that we saw when Anatoli Tarasov was coaching Central Red Army and the Russian national teams from the 1940s all the way into the 1970s. Not quite. It took me a while to understand the KHL game. It is a frenetic, high-energy game that seldom sees more than two passes completed in succession.”

“On 95 per cent of the KHL teams, when the defencemen get the puck – with any time – the forwards take off for a stretch pass and chip to forecheck. This tactic is executed with the intensity of a fire drill. All the defencemen would see was the sight of diminishing players fading through the neutral zone.”

“KHL logic holds that it’s better to turn the puck over just outside the opposition’s blueline than inside yours. Take the passing skill and decision-making out of the hands of the defencemen, who presumably lack that capability. The hockey is entertaining and fast. Players have good puck skills but the playmaking just isn’t near the NHL level.”

“As I was meeting the players, I remember walking up to one who was clearly overweight. As we approached each other in the hallway I was thinking, ‘I really hope this guy is the goalie.’ I introduced myself through the translator and asked him his position. “Centre,” he said. OUCH!”

“The first meeting (with team owner Yuri Yakovlev) was after an intrasquad game that Yuri had streamed to him because he was out of town. The critique of me and the team usually revolved around two issues; first, not enough battle drills in practice and, second, I didn’t berate the Russian players enough.”

“I’m not a tough guy and I don’t pretend to be, but my mind would wander as Yuri was critiquing me and I was waiting for the translation. I was thinking what the consequences would be if I picked up the chair beside me and broke it over the table beside him. I’d probably end up in the trunk of that black Mercedes (joking) … but I’ve had a long career in hockey and as he rambled on in Russian I smiled at the thought that this wouldn’t be a terrible way to end it.”

“At our next meeting, which was after a win, I told him that he couldn’t come down to the coaches’ office and threaten to fire me every day – especially after wins! We had to communicate differently or he had to fire me. He told me “Craig, we’re both going to get fired.” I laughed and so did he. The next time I talked to him he fired me.”

What’s next for MacTavish is anyone’s guess at this point. He was, obviously, a longtime member of the Oilers organization but at this point it seems like a reunion between the two is unlikely. To a lot of Oilers fans MacTavish represents the “Old Boys Club” of Oilers past glory. The team spent a great deal of time and energy this past offseason trying to distance themselves from their past successes and failures going so far as to hire Ken Holland and Dave Tippet, two experienced and successful individuals who came to prominence with competing clubs not within the Oilers organization.