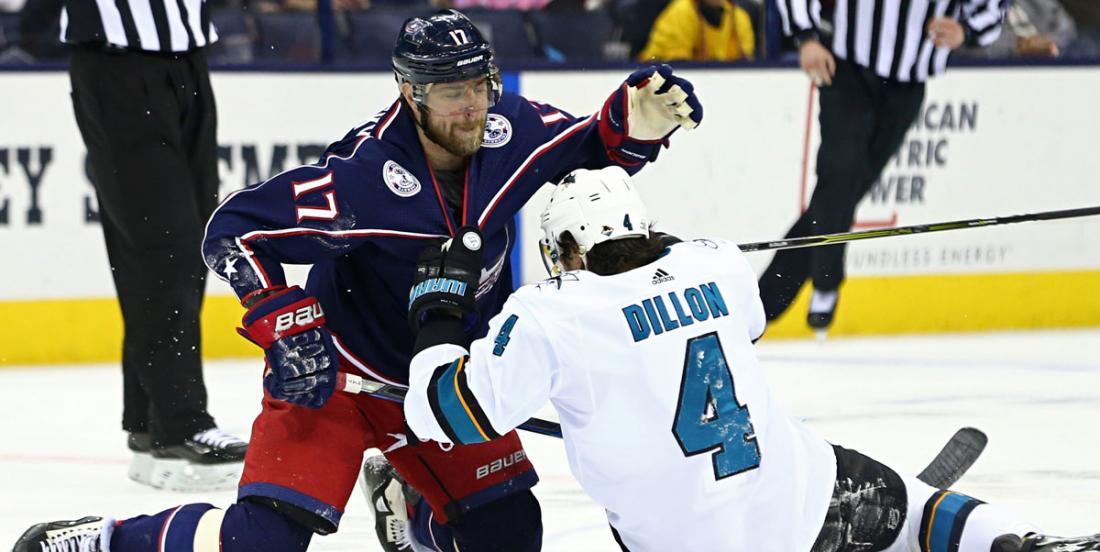 Back at the end of January, just before the All-Star break, The Athletic revealed that Brandon Dubinsky had been sent back to Columbus, leaving the Blue Jackets' road trip early to deal with ongoing personal issues that have hampered his season and could threaten his career.

Once he got back, Dubinsky made simple comments that he went home to look after himself, but declined to say more about the situation, telling the media when he returned that he wanted to give this private.

“You guys can speculate all you want. That’s up to you,” Dubinsky said. “I’m telling you what I’m going to tell you. We’re people, too. We have stuff that is private to us and we want to keep that way. So, that’s just the way it’s going to be.”

However, the 31-year-old might not be able to keep everything to himself as the National Hockey League is reportedly getting involved in the situation. Aaron Portzline of The Athletic, who made Dubinsky's issues public, addressed the topic again in his latest mailbag. The veteran forward is said to be watched closely, and not only by the Blue Jackets...

"The Blue Jackets are watching Dubinsky closely to see how he handles himself the rest of the season and beyond. It’s quite possible the NHL is evaluating, too, as they don’t hesitate to get involved in situations like this. First, he lost the alternate captain’s A, then he was sent home from a road trip prematurely — he was expected to play in Phoenix at the end of the trip — to take stock of where he’s at and how he wanted to proceed. If he doesn’t change his ways, it could seriously affect the rest of his career.

"He has to make better decisions away from the rink and be a better teammate. The NHL has gotten so fast that players in their mid-30s have an exceedingly hard time keeping pace as it is. The onus is on him now to change, and many are watching him closely. Many are rooting for him, too."

Some speculation surfaced that Dubinsky might be looking to ask for a trade, but the Blue Jackets have denied that such a request was made by the player or his agent. Portzline suggests that Dubinsky has been wanting out of Columbus for a while, even prior to the Vegas incident, but that no formal demand has been made.

In 35 games this season with Columbus, Dubinsky has only managed to recored four goals and 13 points. On Dec. 12, he suffered a fractured orbital bone around his left eye during a fight with Edmonton Oilers forward Zack Kassian.

He is in the third year of a six-year contract that carries a $5.85-million cap hit.