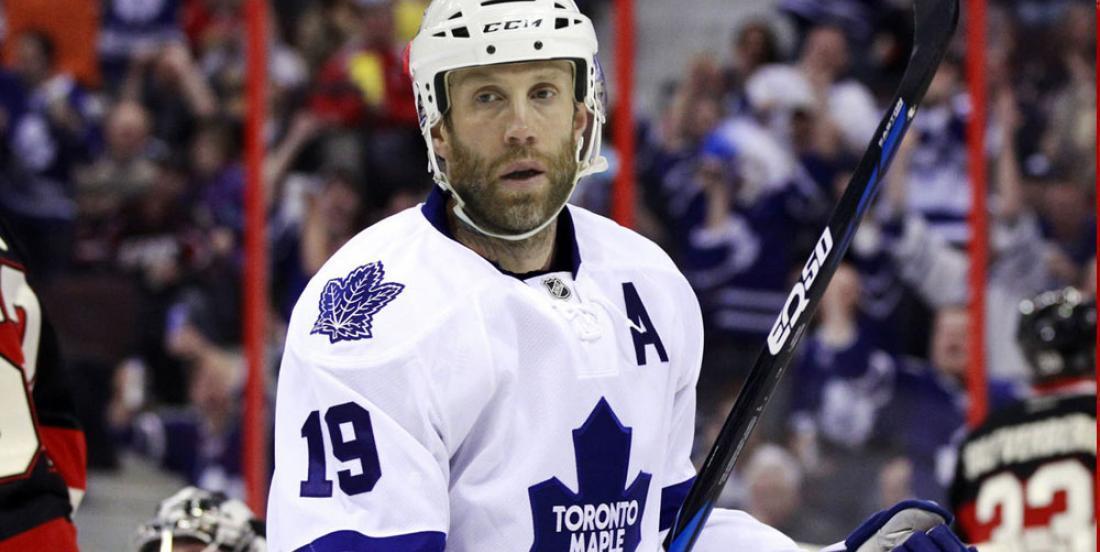 Those rumours are back! We all remember when veteran forward Joe Thornton was linked to the Toronto Maple Leafs in 2017 when the team had managed to sign Patrick Marleau to a contract. Now, no need for Marleau - it sounds like the Maple Leafs could get to convince the veteran forward to come to Toronto on their own.

Recently on a Steve Dangle Podcast, Sportsnet’s Chris Johnston implied that both the Leafs and Jumbo Joe have had mutual interest, and now James Mirtle of The Athletic is reportedly that GM Kyle Dubas could be going hard after the free agent. It is even believed that some Leafs players have contacted Thornton to convince him to come to Toronto.

“These talks are in the beginning stages. It sounds like there’s some mutual interest. The Leafs, as they did during free agency in 2017, have let Thornton know he’s wanted. And Thornton is listening, from his offseason home in Switzerland, where he’s been training with a top-league club.”

Ever since the Sharks’ season came to an end, Thornton has made it clear he was looking at all options to come back one more year in the NHL, he who ain’t interested in retiring at the moment.

Thornton doesn’t even know if a return to San Jose is plausible, especially since they since Marleau to a one-year deal on Tuesday. That might be why Big Joe is more interested in an association with the Leafs.

Toronto has already made several significant changes to its bottom-six forward group for next season, moving out Kasperi Kapanen , Andreas Johnsson , and Frederik Gauthier while adding Wayne Simmonds , Jimmy Vesey, Joey Anderson, and Travis Boyd to the roster. The Leafs currently still have Alexander Kerfoot penciled into the third-line center role, but money is tight under the cap and they would need to dumb some salary to add a free agent to the mix.

Thornton just had his worst season in two decades, putting up just  seven goals and 31 points in 2019-20, his lowest total since that 1997-98 rookie campaign. He is after a chance to hoist the Stanley Cup and there was some resentment over the Sharks not moving him at the trade deadline to a true contender.

Now that the Maple Leafs and Jumbo Joe are flirting again, something might finally happen. Mirtle has heard that “it’s now in [Thornton’s] hands”.