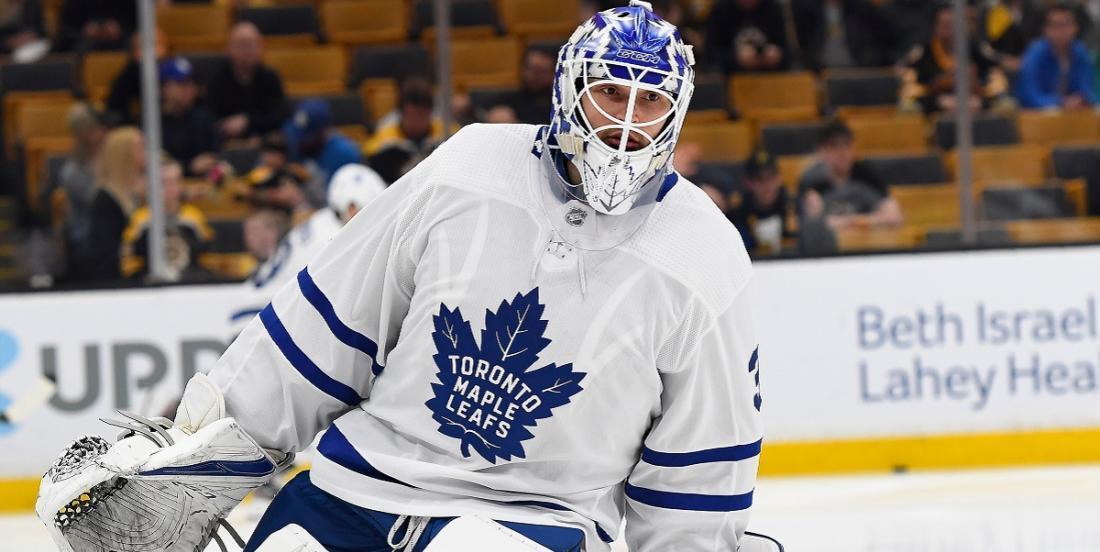 The Toronto Maple Leafs have seen all they need to see from veteran goaltender Michael Hutchinson it seems, and now they are going to be making what should be a rather significant change in goal moving forward.

First, according to a breaking news report from TSN National Hockey League insider Bob McKenzie, Toronto Maple Leafs general manager Kyle Dubas has made the move to place Hutchinson on waivers today. The move will be a controversial one if only because many will be quick to point out that it was Dubas who made the decision to move on from veteran backup goaltender Curtis McElhinney who has since performed fairly well with both the Carolina Hurricanes last season and the Tampa Bay Lightning in this current season.

Less controversial however will be the decision to waive Hutchinson himself however as the veteran goaltender has not fared well this season in between the pipes for the Leafs. Hutchinson has been called upon 6 times thus far this season and has not managed to pick up so much as a single win for the Leafs. Instead Hutchinson has recorded a 4.44 goals against average and an .879 save percentage over that stretch and many have accused him of effectively playing the Leafs out of the games that he has featured in.

Although the Leafs have not yet made an official announcement at the time of this writing, McKenzie is also reporting that he strongly suspects that the replacement for Hutchinson will be 26 year old goaltender Kasimir Kaskisuo of the Toronto Marlies. Kaskisuo, a 26 year old goaltender out of Finland, has performed extremely well for the Toronto Marlies this season. No doubt his strong performance in the American Hockey League has played some role in Dubas' decision to waive Hutchinson today as Kaskisuo is a very low risk option for the Leafs at this point given their cpa situation. Through 8 games with the Marlies this season Kaskisuo has recording a 2.13 goals against average and a very solid .928 save percentage thus far.

Given that this move is not yet official it is impossible to tell when we may see Kaskisuo in a live NHL game, but if that does come to pass it will be his very first taste of NHL action.