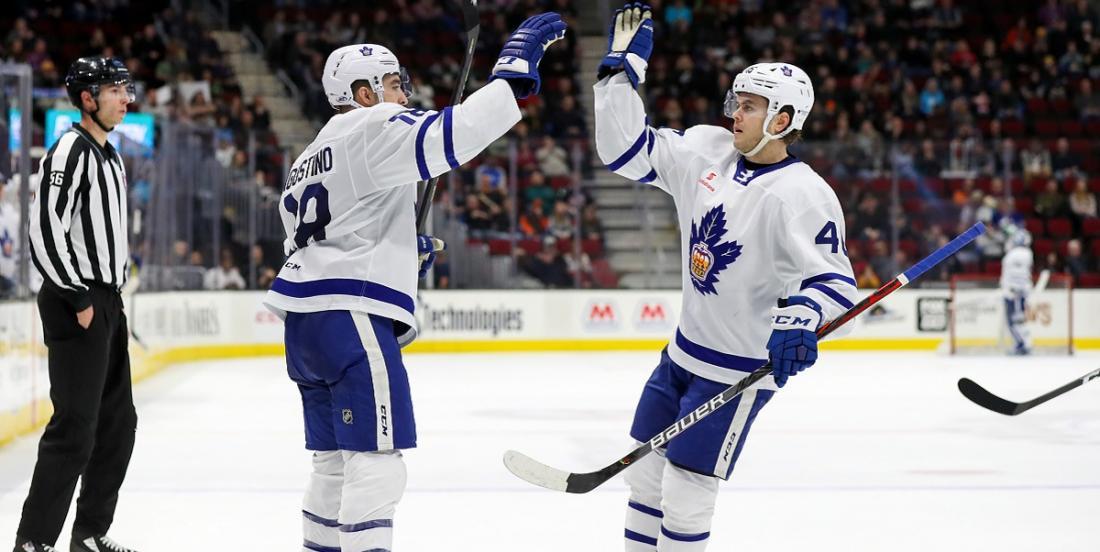 The Toronto Maple Leafs may be dealing with some sick players, but then again this may be something else entirely.

According to an official announcement from the Maple Leafs on Monday morning, the team has called up veteran forward Pontus Aberg from the American Hockey League's Toronto Marlies effective immediately. The move would appear to indicate that the Leafs are expecting to be a short a man at some point in the coming days, although we still do not have an official reason for the decision to call up Aberg today.

There's little doubt that the 26 year old winger has earned the opportunity to play on the main roster this season, he has dominated at the AHL level with 16 goals and 22 assists for a combined 38 points in just 43 games, but Aberg has not been able to crack the main roster unless a spot was made available due to injury or illness. As a result he has appeared in just 3 National Hockey League games for the Leafs this season and it seems likely that this call up will also be related to a player absence.

My initial thought would have been to suggest that this could be related to the illness that forward William Nylander has been dealing with, however Nylander was on the ice with his teammates for practice on Monday so that seems relatively unlikely. We are awaiting more information on why this move may have been made and will be bringing you updates as they come.

Update: According to  TSN's Kristen Shilton the Leafs now have two additional players dealing with illnesses, with both captain John Tavares and defenseman Justin Holl reportedly sidelined as a result. It is unclear if this may be the same bug that impacted Nylander, but it is the time of year when people do fall ill so it could simply be a matter of players getting sick at the same time. Additionally Shilton is reporting that Leafs forward Zach Hyman is also a little banged up, so that may also have played a factor in the decision to call up Aberg this morning.

The Leafs are scheduled to play the Coyotes tomorrow, no word yet on how this might impact their lineup for that game.