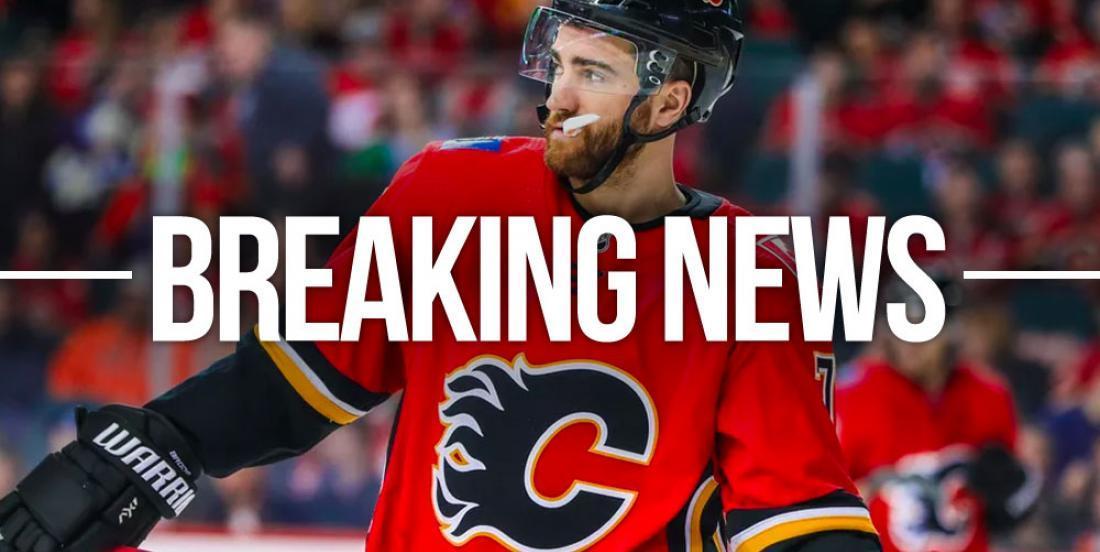 Toronto Maple Leafs general manager Kyle Dubas had say earlier today he was still looking at different ways to get a boost on this blue line and finally in happened that same evening thanks to the free agency market.

However, while the Maple Leafs were working hard at trying to sign free agent defenseman Alex Pietrangelo, but they might have found a much more affordable option by signing T.J. Brodie. This is a four-year deal, worth $5 million per season.

Brodie is a left-handed defenseman that is comfortable playing on the right side. He will be a great addition to the Leafs' lineup. He has been a top-four defenseman throughout his career with the Calgary Flames. Brodie has averaged over 20 minutes per game in each of his eight full seasons, including an average of 24:21 per game from 2013 through 2018. He played 20:27 per game last season and 21:28 per game in the 2018-19 season. In 64 games, he posted four goals and 19 points, and added a goal and four points in the Flames' 10-game playoff run in the NHL's Return to Play postseason.

He could be partnered with Morgan Rielly, which will be quite an upgrade in Toronto. The Maple Leafs had attempted to acquire Brodie from the Flames last off-season, he who had agreed to a trade for Toronto's Nazem Kadri. Kadri invoked his NTC and then went to the Colorado Avalanche. The Leafs finally land him now as a UFA.

The deal reportedly includes a no-movement clause in the first year as the Leafs need to think ahead to the Seattle expansion draft. Brodie will have a no-trade clause in year two to four. The Maple Leafs are currently over the cap ceiling and will need to make additional moves to make the numbers work. They are $1.1 million over the cap. Teams can however be 10% over the cap during the offseason.

This means the Leafs are out of the running to land Pietrangelo. Funny enough, the St. Louis Blues also had an interest in Brodie.

But Brodie has been dreaming of playing for the Leafs ever since he was a kid and now, it has come true: