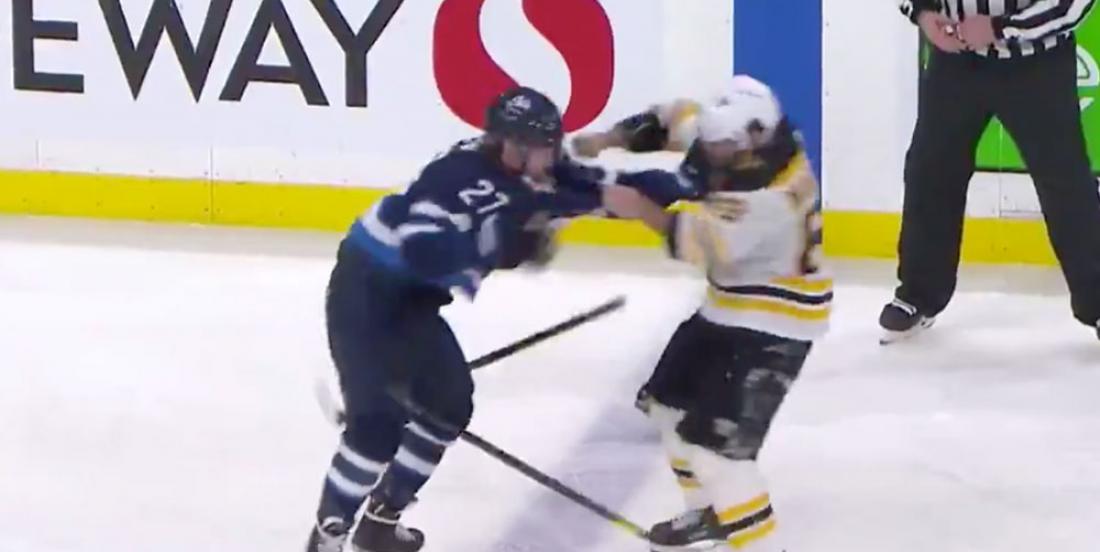 ​The Bruins forward took exception after a hard hit!

The Boston Bruins and Winnipeg Jets offered hockey fans a feisty one on Friday night, especially in the second period when a fight broke out at centre ice.

Nikolaj Ehlers slammed Brad Marchand hard on the ice as he was carrying the puck, and the Bruins forward did not appreciate.

Marchand quickly made Ehlers pay by dropping the gloves and jumping on the Jet for payback.

As with players headed to the penalty box with fighting majors, Marchand flexed his bicep at Ehlers to let him know there was no doubt he had won the fight.

You gotta love Marchand’s attitude there!

After Marchand dropped the gloves, two other fights took place on the ice. The Bruins and Jets build some frustration during the All-Star break it seems...