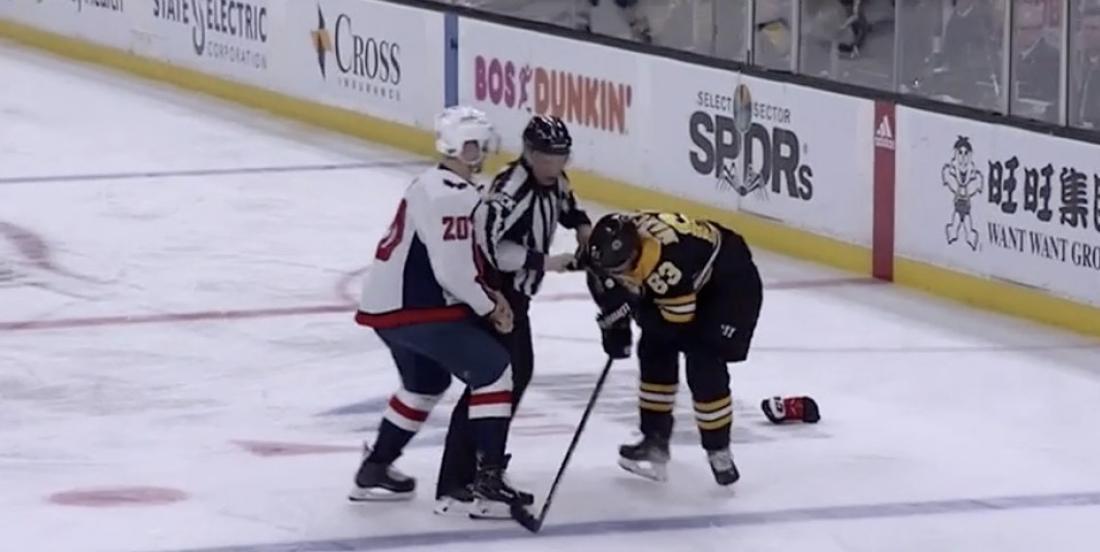 It could have been payback time for Eller, but he's the one who paid!

The Washington Capitals started off with a bang for the defending champions when they humiliated the Boston Bruins 7-0 during the first game of the season back on Oct. 3. And while it's a game Bruins and fans would love to forget, we all remember what took place towards the end of the game: centreman Lars Eller scored the Capitals’ seventh goal of the evening midway through the third period and went on to chirp the Boston bench on his way off the ice after potting the marker.

Brad Marchand was not happy about this: three minutes after the goal, the Bruins pest essentially ambushed Eller and got in a few heavy shots to the face.

On Thursday night, the two team were met for the first time since that very incident and it was revealed that Eller had not forgotten about this as well. The Capitals forward tried to goad Marchand into a fight, tugging at him hard, but the Bruins star player wasn't interested. Marchand refused to drop his gloves.

After the contest, Marchand explained why he didn't want to fight Eller and his answer is more brutal than any punch he could have landed on the Caps' player.

While it makes sense for Marchand to want to stay healthy and out of trouble, the guy needs to factcheck before making brutal statement like this. Eller might have gotten even more annoyed with the Bruins' forward, however, he should calm down and known that he is playing closer to 17 minutes per game. The Capitals' forward also had comments for Marchand after Washington's 4-2 win over Boston.

“Everyone saw what he is. ... There’s not a lot of integrity in his game.”

Marchand had similar comments to share with Eller after his season debut taunting and celebration... What goes around comes back around, we guess...