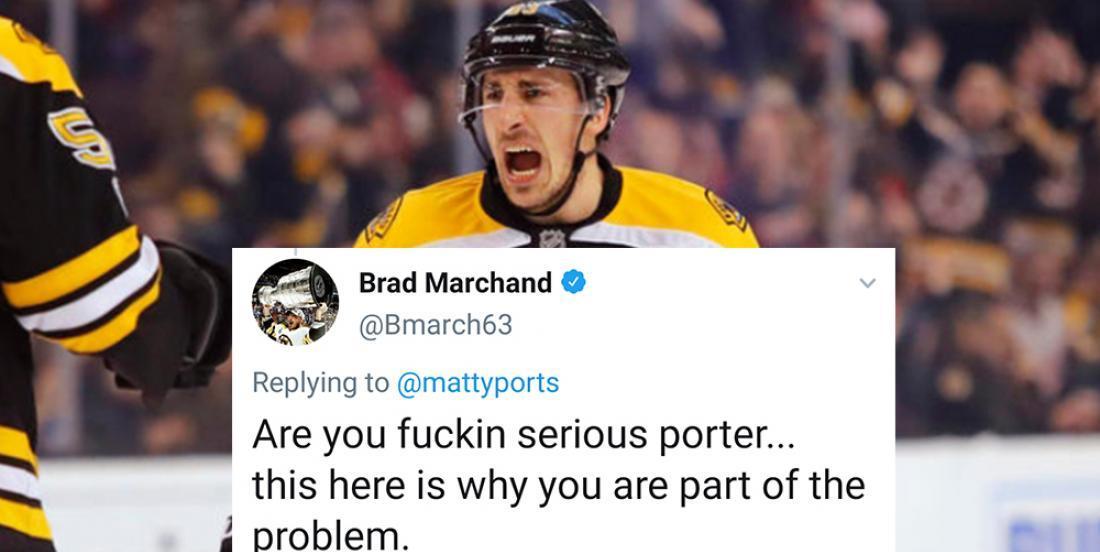 Just a couple hours after this statement was released by the Bruins, Boston reporter Matt Porter commented on Rask's choice of headwear in some sort of "gotcha" type moment... what he didn't anticipate though was having Rask's teammate Brad Marchand come to his aid on Twitter.

Marchand quickly deleted the Tweet, but nothing is truly ever deleted from the Internet, is it?

Frankly, I'm not the biggest Brad Marchand supporter given his style of play but I respect him for not only stepping up to defend his teammate in Rask, but for also calling out the media on this nonsense. The fact is that Rask's hat was a non-story until some reporters decided it would be a good way to drum up some controversy.

Look, I get what Porter is getting at here, but… get this… you can actually support your local police department AND be against racism at the same time! Crazy I know, right!?

Are the police perfect? Hell no. In fact, the Boston Police Department has more than its fair share of issues. But that doesn’t mean that simply by showing support for them that you’re somehow aligning yourself with racist ideals. These are police officers not Nazis, despite what some people may have you believe.