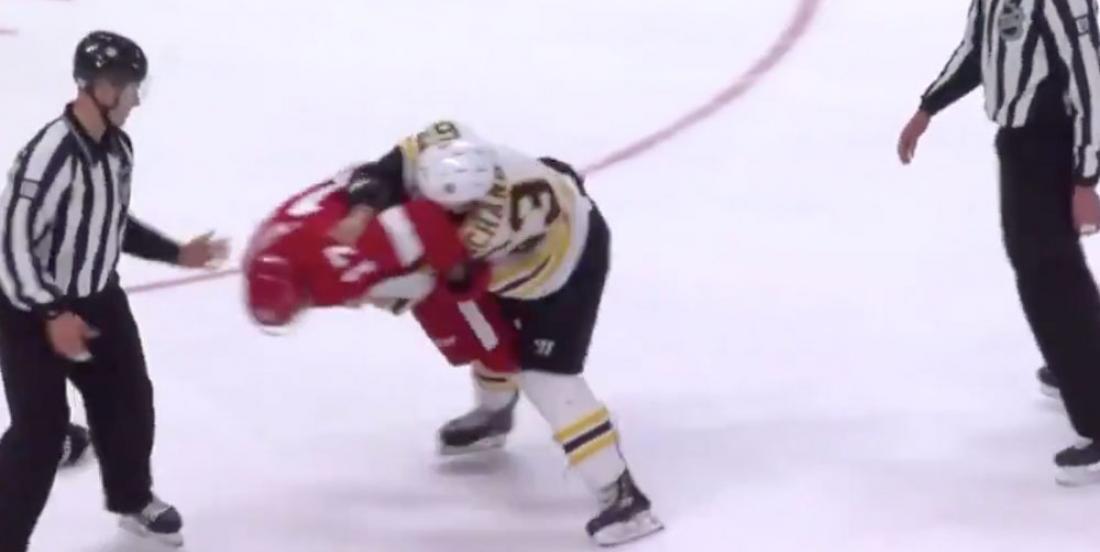 Brad Marchand took one for the team in the second period of the game against the Detroit Red Wings as - surprisingly - the boys from Bean Town trailed behind 3-1.

The Bruins pest had enough. It went down like dominoes. Marchand first lost the face-off to Dylan Larkin, then he was hit by Christopher Ehn. As the Bruins star starting jawing off at Filip Hronek close to the Wings’ net, he had hit his breaking point.

And we got a fight!

Marchand and Hronek dropped the gloves close to centre ice and exchanged a few punches before they were broken apart by the officials and sent to the penalty box.

It seemed clear that Marchand was attempting to get the Bruins some intensity and back into this game.

Check out this fight:

Marchand managed to get Hronek on the ice and appeared pleased with his fight skills. However, we should call it a wrestling match more than anything else.

Still, Marchand is hoping it will wake us his teammates in time to tie this up and get the W on the record (atop his fighting major).

Later on in the same period, it sure got to his captain Zdeno Chara, who also pushed and shoved around to send a message. It worked in the end of the second period as Patrice Bergeron proved how successful the Bruins' power-play can be and made this a one-goal game. They currently trail 3-2 after two periods.

Despite spending some time to cool off in the sin bin, Marchand and Hronek had some words at the end of the second that almost led to a second fight. Officials were quick to get them separated.

We wonder how aggressive the Bruins will be in the third period.