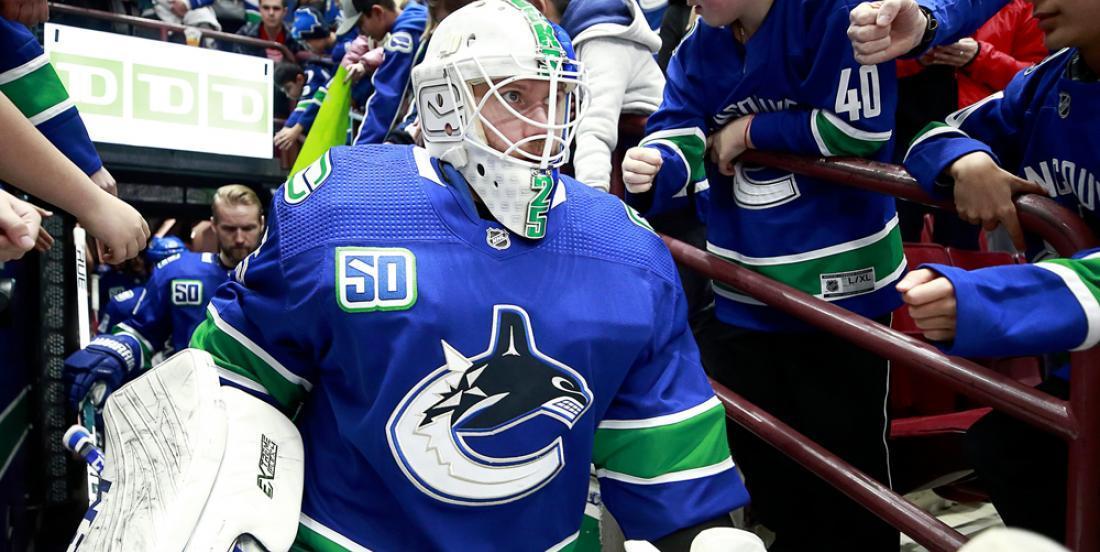 Don’t look now but the Vancouver Canucks are a playoff team. Well… kinda…

The Canucks are one of the 16 NHL teams taking part in the league’s “play in” round expected to take place later this summer. They’ll be matched up against the Minnesota Wild in a five game series to see who will go on to play in the official Stanley Cup Playoffs (ie round two).

Whatever the case, it’s clear that the upstart Canucks are on the rise. Led by youngsters like Elias Pettersson, Brock Boeser and Quinn Hughes the Canucks are young, fast and dynamic. But there’s one player who deserves even more credit for getting the team where they are and he’s actually one of the team’s oldest players: goaltender Jacob Markstrom.

The 30 year old Markstrom has been the Canucks’ MVP this season, putting up a sparkling .918 save percentage and 2.75 goals against average. His name has surfaced in Vezina Trophy discussions alongside star goalies like Connor Hellebucyk, Andrei Vasilevsky and Ben Bishop. But here’s the thing… with young backup Thatcher Demko knocking on the door and with free agency looming on the horizon for Markstrom this upcoming offseason, what’s Markstrom’s future? Does he fit in Vancouver? If so, for how long and at what price?

Canucks GM Jim Benning isn’t biting at suggestions that the Canucks should move off of Markstrom. In conversation with Ben Kuzma of The Province newspaper, Benning made it clear that Markstrom is an important part of their team and that he intends to re-sign him as soon as possible.

“He’s an important guy for us,” Benning  [told](https://theprovince.com/sports/hockey/ben-kuzma-markstrom-makes-canucks-extension-case-baertschi-banter-lauding-larionov)  Ben Kuzma of The Province, adding “My intent is to figure out something that works for him and us. I’m hoping to get him signed.”

Then again… remember the last time the Canucks had two star goalies? How’d that work out?