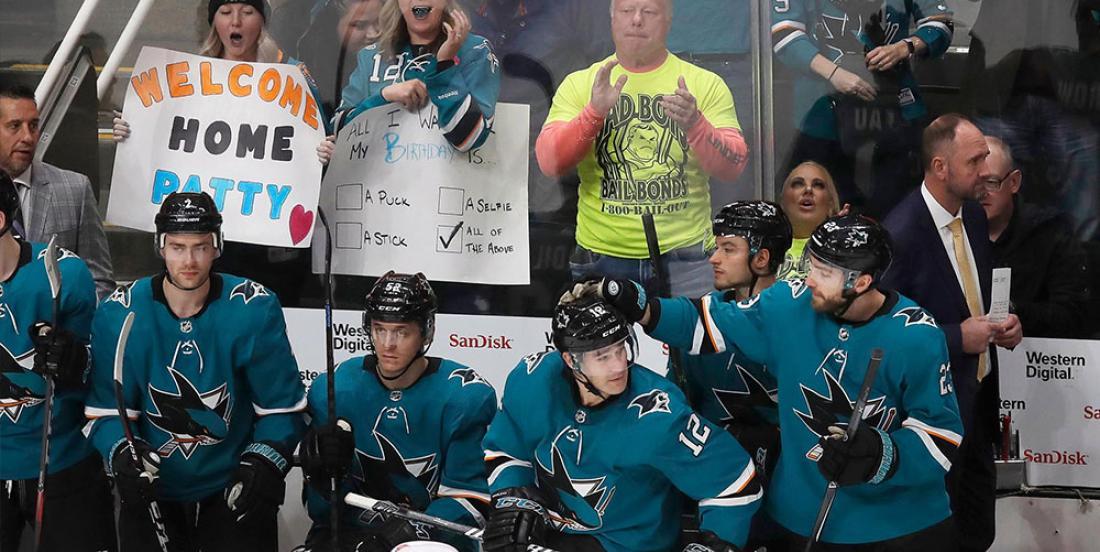 In case you missed it last night, San Jose Sharks veteran Patrick Marleau made his return official return to San Jose after joining the team while on the road.

The crowd at the Shark Tank was absolutely ROCKING and it was clear that Marleau was emotional about the response he got from the team.

A day later Marleau took to his wife’s social media account to officially thank Sharks fans for the warm welcome.

Nothing but class, but at this point we shouldn’t really be surprised, should we?