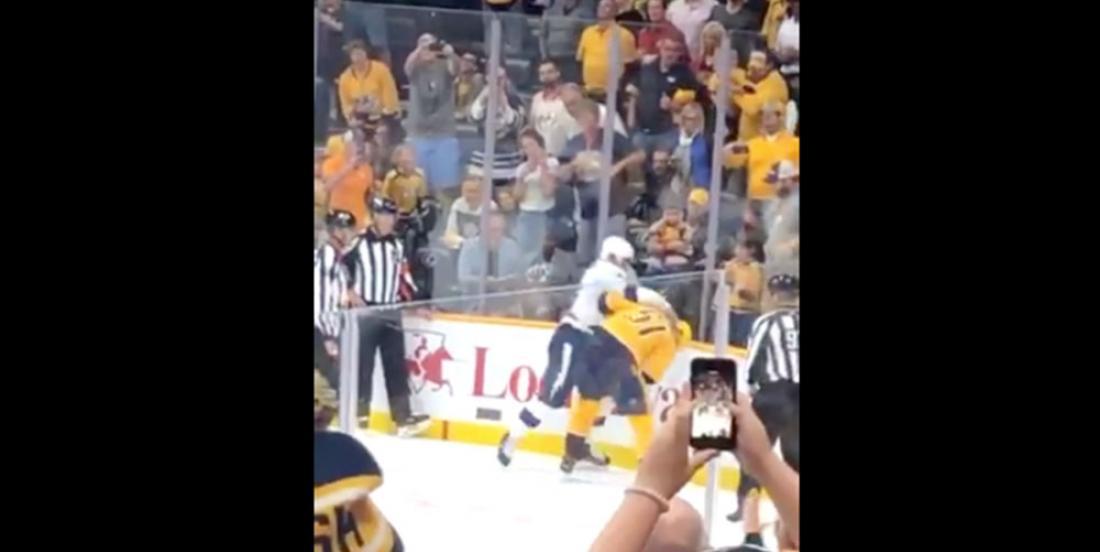 Former St. Louis Blues forward Patrick Maroon isn’t wasting a moment endearing himself to Tampa Bay Lightning fans. The 2019 Stanley Cup champion of course signed a one year deal with the Lightning in free agency this offseason and the team is hoping that his lumbering, drive the net and take no crap style will provide them with a boost this upcoming season.

Oh… and it doesn’t hurt that Maroon is willing to drop the gloves every now and then. It also doesn’t hurt that the big man likes to show off some personality ever again. Take Saturday night’s tilt against the Nashville Predators where Maroon was peak performance. Maroon dusted Auston Watson in a scrap before skating by the Preds’ bench and showing off his invisible Stanley Cup ring.

What an absolute beauty. It’s no wonder why Maroon has been a fan and team favorite in every city he’s ever played in. What a beauty.