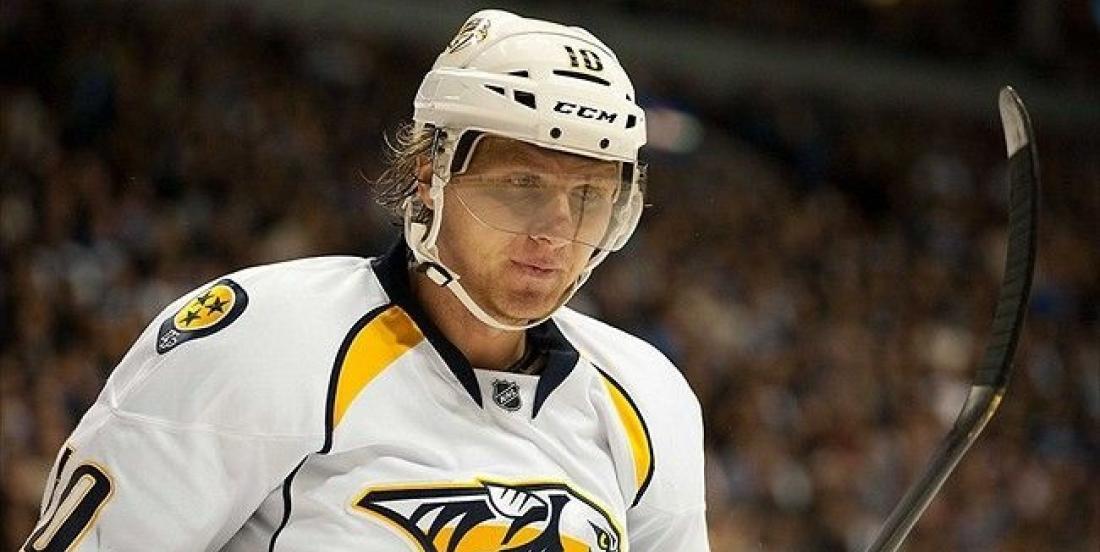 Former National Hockey League forward Martin Erat has officially announced his retirement. The news broke earlier when Erat, who spent the overwhelming majority of his NHL career as a member of the Nashville Predators, made the announcement via the Czech national ice hockey team's social media platforms.

Fans in the NHL may have believed that Erat retired several years ago, his final game in the NHL was afterall during the 2014 - 2015 NHL season as a member of the Arizona Coyotes but, as has become more and more common among many European born players, Erat simply opted to continue his career closer to home. Following his time in the NHL Erat first played in the Kontinental Hockey League for a season before returning to his native Czech Republic and finishing out the final seasons of his professional career in the same place it began, the Czech league.

Unfortunately I wish I could say that Erat went out under his own terms but it sounds like some serious health concerns may have played a significant role in the decision coming when it did. Erat admitted that he was dealing with significant pain over the last several years of his career, pain that was caused by ongoing back problems.

“I’ve suffered a lot,” said Erat as per RMNB.

It sounds like it took more than just pain to get Erat to hang up his skates though, during a recent interview the veteran forward expressed concerns that he would be unable to play with his children if he didn't call it a career. I must admit it is unclear just how serious Erat's back problem has become, but the man himself believes that it was serious enough it could have left him bound to a wheelchair had he continued to play.

“My health is paramount,” said the former Predators forward. “I don’t want to end up in a wheelchair instead of playing with the kids.

Obviously this is the right choice to be making when the stakes are so high, especially when you consider how it could potentially impact his family life. We wish Martin Erat nothing but the best moving forward in his future endeavors, and we hope he fully recovers from the back problems that have caused him so much pain.